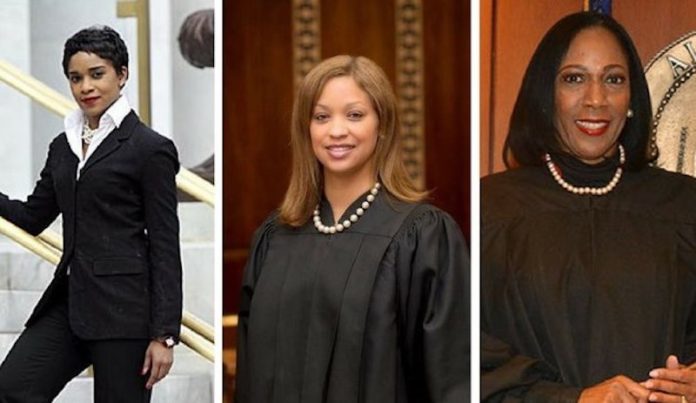 The black women who came out on top in the district and circuit courts are all Democrats. Javan Patton, Debra Bennett Winston, Shera Craig Grant, Nakita “Niki” Perryman Blocton, Tamara Harris Johnson, Elisabeth French, Agnes Chappell, Brendette Brown Green and Annetta Verin are to be sworn in next January.

French, who was re-elected to Jefferson County’s Circuit Court, told The Birmingham Times that she believes her hard work and years of experience helped to propel her to elected office.

“I think the people don’t necessarily just support you just because of your race and gender. I think voters expect more than that. They look at our qualifications and make a decision about who they can trust with the leadership position,” she said.

Tuesday night was a big night for women of color across the states ― not just in local politics, but in federal positions, as well. Three women of color, Catherine Cortez Masto, Tammy Duckworth and Kamala Harris, were elected to the Senate. Stephanie Murphy and Pramila Jayapal were also elected to the House. Next year, there will be 38 women of color serving in Congress, bringing us a little bit closer to shattering that glass ceiling.