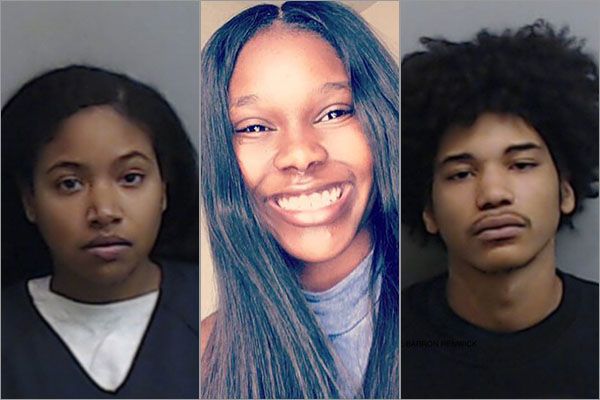 The specifics of Alexis Crawford‘s death are coming to light, according to Fulton Superior Court documents that were released on Tuesday. The details continue to be shocking and tragic.

According to 11Alive, the 21-year-old Clark Atlanta University student was allegedly strangled and smothered to death after a physical altercation with her roommate.

Crawford was first reported missing on Nov. 1 and authorities finally found her body in a DeKalb County park last Friday. According to a Homicide Unit summary, Jordyn Jones — Crawford’s roommate and seemingly best friend — got into a physical altercation with Crawford on Halloween. The report further noted that 21-year-old Barron Brantley, Jones’ boyfriend, got involved in the fight and ended up choking Crawford to death with his hands. The warrant for Jones also claims that she “did smother the victim, Alexis Crawford, with a black trash bag until Crawford stopped breathing and was deceased.” Investigators said Brantley admitted these details in an interview on Friday.

The homicide summary goes on to say that Jones and Brantley put Crawford in a plastic bin and took her body to Exchange Park in Decatur. From there, they placed her body in a wooded area.

A Fulton County Superior Court pretrial report said that Jones’ father told the court that Jordyn is also on probation for a DUI in Michigan. Jones is set to appear in court on Nov. 25 and Brantley is scheduled for Nov. 22.

Crawford’s family was rightfully shocked by her death, especially considering her roommate is the prime suspect. Rev. Markel Hutchins spoke on behalf of the family and said Jones “spent time with the family, in the family home.” He continued, “They knew Jordyn, they liked Jordyn. There was never a reason to suspect that Jordyn would do anything wrong or ill to Alexis. One family member described them as two peas in a pod. … To go from that to where we are today, it’s unthinkable, unspeakable.”

When Crawford was reported missing, Jones initially told investigators that Crawford asked her for a ride to the liquor store on Oct. 30 at about 11:30 p.m. Jones then said that they returned home and that she last saw Crawford around 12:30 a.m. on Oct. 31 before going to bed for the night.

It was later revealed that Crawford filed a police report saying she was sexually assaulted before going missing, however it appears that law enforcement didn’t take any action. The Washington Post reported, “Crawford told authorities that Brantley had rubbed her shoulder with his hand and kissed her on the neck as they drank together, according to a police report. Crawford told police Brantley said he’d mistaken her for his girlfriend — Crawford’s roommate, Jones.”

Crawford claimed that Brantley locked “her inside the bathroom wearing only a bra, the report states. It’s unclear exactly when Jones found her roommate.” A “pair of cut panties” were found in the bathroom. Jones alleged Crawford “had passed out” and Brantley denied having sex with her.

There’s no word yet if the alleged physical altercation between Crawford, Jones and Brantley was related to Crawford’s alleged sexual assault.

Crawford’s funeral is scheduled for Saturday at 12 p.m. at Hill Chapel Baptist Church in Athens, Georgia, the student’s hometown.