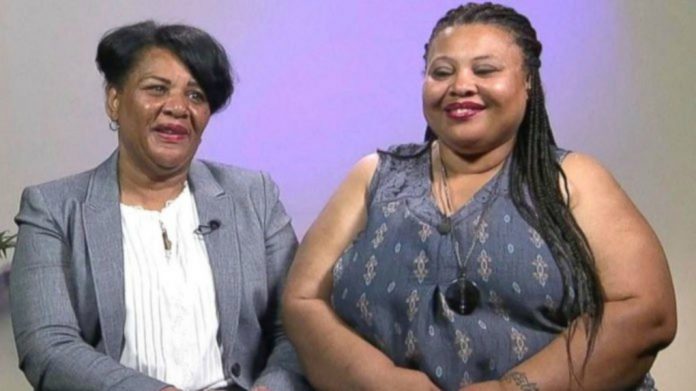 The 63-year old grandmother has already served 21 years of a life sentence after being convicted on charges of conspiracy to possess cocaine and attempted possession of cocaine. Johnson, a first-time non-violent drug offender. a week after Kim Kardashian pleaded her case with Trump.

Johnson got mixed up in drug trafficking following a particularly rough period in her life. She lost her job at FedEx where she had worked for 10 years (due to a gambling addiction), got divorced, and then her youngest son died in a motorcycle accident.

This traumatic series of events is what led her to become involved with drugs.

As she told Mic: “I felt like a failure… I went into a complete panic and out of desperation, I made one of the worst decisions of my life to make some quick money. I became involved in a drug conspiracy.”

She learned Wednesday that her mandatory life sentence plus 25 years was being commuted by Trump in a phone call from Kardashian.

The phone call I just had with Alice will forever be one of my best memories. Telling her for the first time and hearing her screams while crying together is a moment I will never forget.

“When Kim told me that I was being released, I started jumping up and screaming and crying and everyone else was crying,” Johnson recalled. “It was wonderful. I’m so glad that she was the one who was able to deliver the news to me. It was a perfect ending.”

And yesterday Alice Marie Johnson ran out of the gates of the Alabama prison into the arms of her family.

Cameras caught her say, “I’m free to hug my family. I’m free to start over.”

On how she’s feeling:

“Its an amazing feeling. Just being with my family again.”

On how it feels to see her family again.

“It’s the most exhilarating feeling.”

On how she feels about being released from prison.

“I feel that I have not only paid my debt, but I’ve overpaid my debt for the crime that I committed. I’m not bitter about it. I’m just happy that it has come to an end.”

On working with Kim Kardashian.

“From the very first, when Kim heard about my story and we connected, we truly had a heart connection with this. She told me that she knew that this was meant to be. When I just popped up on her phone, she said it was a moment where she knew that this is a moment. This is a person that she needs to do something [for].”

On what she would want to say to Trump.

“I’d like to tell President Trump that I’m so grateful for everything you did for me and my family. Please remember the others who have been left behind who need to have an opportunity that I’ve had.”

On her plans for the future.

“I plan on continue to work hard to use my case as an example for prison reform and sentencing reform to make a difference. When you see my face, you see so many other faces that I represent. This is not the end for me.”