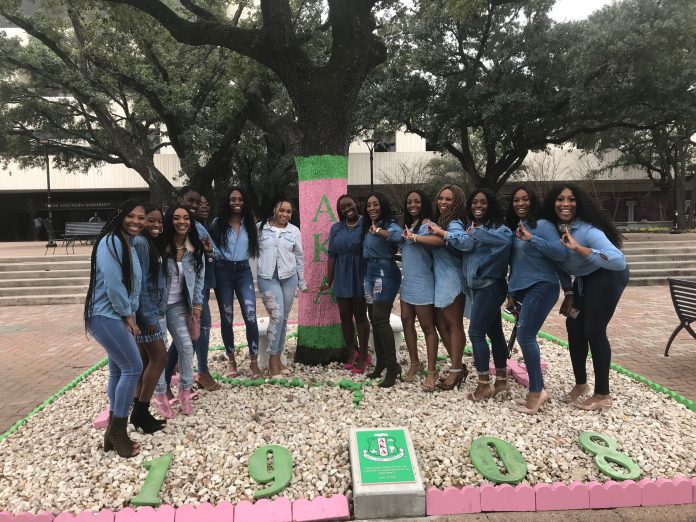 Alpha Kappa Alpha Sorority, Incorporated (AKA), in partnership with the Educational Advancement Foundation (EAF), is pleased to announce the establishment of the AKA-HBCU Endowment Fund. The fund was created on behalf of the nation’s oldest historically African-American sorority in an effort to assist in the financial stability of Historically Black Colleges and Universities (HBCUs).

Over the course of the next four years, AKA-HBCU Endowment Fund has pledged to distribute $10 million in financial support to 96 accredited institutions. On February 28, 2019, presidents from 32 of the participating HBCUs will receive the first installment of the endowment gift in the amount of $50,000 at the Alpha Kappa Alpha International Headquarters in Chicago, Illinois.

“As an HBCU graduate and someone who has dedicated my life’s work to the HBCU community, I personally know that the financial challenges of many institutions have an impact on student enrollment, retention and graduation rates,” said Alpha Kappa Alpha Sorority, Inc. International President Dr. Glenda Glover. “Implementing an endowment fund is a critical need and has been a priority for my administration since I took office last year. Alpha Kappa Alpha’s 111-year history is deeply interwoven into the history of HBCUs and therefore it is imperative that we continue to invest in these treasured institutions.”

The endowment fund is one of many components of Alpha Kappa Alpha’s international platform under Dr. Glover’s leadership whose focus is Exemplifying Excellence Through Sustainable Service. The fund falls under the organization’s target HBCU for Life: A Call to Action, which aims to promote HBCUs by encouraging students to attend and matriculate through these institutions as a sustainability measure.

The program will include a tour of the recently renovated Ivy Center International Headquarters in the historic Hyde Park neighborhood on the South Side of Chicago.