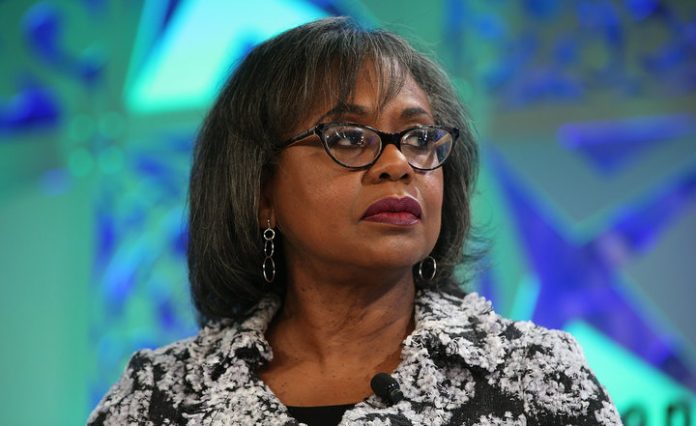 “It was difficult to watch in real time because you didn’t really know what the end would be, how it would feel and look at the end of the day,” the attorney and professor said on Tuesday during Fortune’s Most Powerful Women Summit in Laguna Niguel, California.

“We want to believe that Christine Blasey Ford can survive, that I survived,” she continued. “And that each of us will survive this time and any of the indignities that we have experienced.”

The Palo Alto University professor testified in front of the Senate Judicary Committee on Thursday and recounted her allegation that Kavanaugh sexually assaulted her in 1982 when the two were in high school. In 1991, Hill also testified in front of the Judiciary Committee that then-Supreme Court nominee Clarence Thomas had sexually harassed her when the two worked together.

Hill discussed just how emotional last Thursday was for her and many people who tuned in.

“I’m the only person who has had to testify before the Senate Judiciary Committee, but I really think that a lot of people have a good sense of what it feels like,” she said. “Because any number of us have been in those situations where we either didn’t come forward because we didn’t think we’d be believed or we didn’t think it mattered. We have suffered some indignities that we didn’t care to share, but more importantly we thought that nothing would happen even if we shared it.”

Watch the full Fortune conversation below.

Although Hill said she didn’t like the way her hearing went, she was additionally disappointed by many senators’ reactions to Ford.

“I don’t think I like the way that she seemed to be very close to this huge panel of senators, some of whom she knew were hostile to whatever she had to say,” she said. “They had already made up their minds about it.”

During an interview with NPR last week prior to Ford’s testimony, Hill said the hearing “cannot be fair and thorough.” Now, the attorney said her fears of an unfair hearing were confirmed.

“Does it matter, does it seem to matter, from a point of view of the senators whether or not the character and fitness of the person who is being considered for this appointment? Is that what’s in their mind when they are questioning someone who comes forward?” she said. “And I have to say that at least for some of the senators, that didn’t seem to matter. It didn’t matter then and it doesn’t seem to matter now.”

When asked if she believes if Kavanuagh should be confirmed, Hill responded strongly.

“I wouldn’t confirm him. I wouldn’t, because I saw a demeanor that I think was inappropriate for a judge,” she said. “I saw a … statement that was making allegations without any facts to support them. That’s the last thing you want from a judge. … Anyone who lies in a Senate Judiciary Committee should not be on the Supreme Court.”

Last week, the Senate Judiciary Committee voted to advance Kavanaugh’s confirmation. Sen. Jeff Flake (R-Ariz.) sought a one-week delay in the full Senate’s vote so that the FBI could investigate Ford’s allegations. A final vote is expected to happen sometime this week.