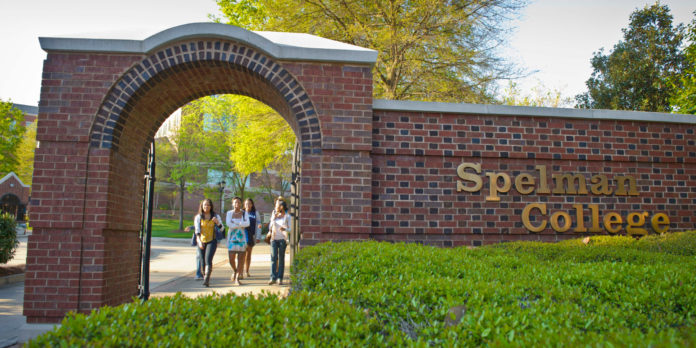 HBCU Spelman College just got good news for the holidays. The founder and chairman of Barnes & Noble, Leonard Riggio, and his wife, Louise, are donating $1 million to the school. The donation will be used to set up the Riggio Scholars Program and to support Spelman’s arts and innovation center.

“Half of the donation will go towards underwriting six Spelman students who have gone above and beyond to demonstrate outstanding academic achievement and who engage in community service,” reported The Grio. “The other half will help design and build an arts and innovation center. This center will house both the school’s arts programs as well as fund their Innovation Lab.”

The Innovation Lab will be used to inspire creative collaborations involving art, technology, science and other liberal arts.

“From the moment I was surrounded by its warm embrace, I was head over heels in love with Spelman College, and especially with the beautiful people who study and teach there,” Leonard Riggio said.

According to Atlantic Journal Constitution, the students have been selected as 2016-2017 Riggio Scholars are: Health science, dual degree nursing major Joy Milner, who volunteers at Morehouse School of Medicine’s microbiology, biochemistry and immunology research laboratory and as a peer tutor at Clayton State University; Chanara Andrews, who is an English major aiming for a career as a college professor; history major Jordan Brown; peer leadership assistant at Spelman Karchia Wallace-Warthon, a political science major, plans to attend law school and work in public service; Jenai Bostic, a biology major, plans to attend medical school “with the goal of establishing a dental practice to provide children and their families with affordable services”; and English major Miriam Metze, who has interned with the United Negro College Fund and has a dream of being an attorney in the area of social justice.