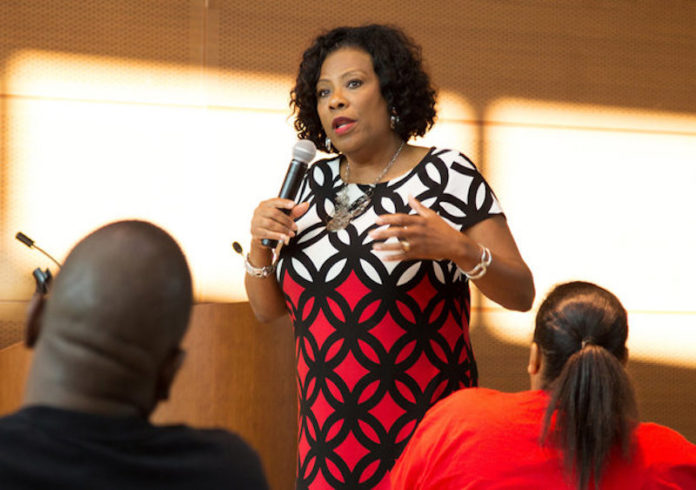 East Baton Rouge Parish made history on Saturday when it elected Sharon Weston Broome (D-La.), the first black woman who will serve as mayor-president.

Broome, 60, beat her opponent, Mack “Bodi” White (R-La.), in a tight race with 52 percent of the vote. She’ll succeed fellow democrat Kip Holden. Holden served for 12 years as the first black mayor of the city.

“Tonight Baton Rouge made a statement, a statement that we are a city of inclusion,” Broome said in her acceptance speech. “That we are a place of hope and optimism. A place where little boys and little girls of all walks of life know that they can grow up and lead a city no matter what their color or gender.”

Broome’s win comes after a summer filled with racial tensions, bloodshed and deadly flooding in Baton Rouge. In July, residents responded to the death of 37-year-old Alton Sterling at the hands of police with protest and activism. In August, the city was devastated by catastrophic flooding that left more than a dozen dead and thousands displaced, including the mayor-elect.

Broome, who previously served as state representative and state senator, ran a campaign focused on healing and unifying the city, Nola.com reports. She also highlighted the need to invest in education, healthcare, low-income communities and criminal justice reform.

“Being unified is not only part of a vision for our future, it’s the backbone of the process that takes us there,”  she said. “We will work for the next four years to make our city an example of how to heal and progress past the hurt that we have seen.”