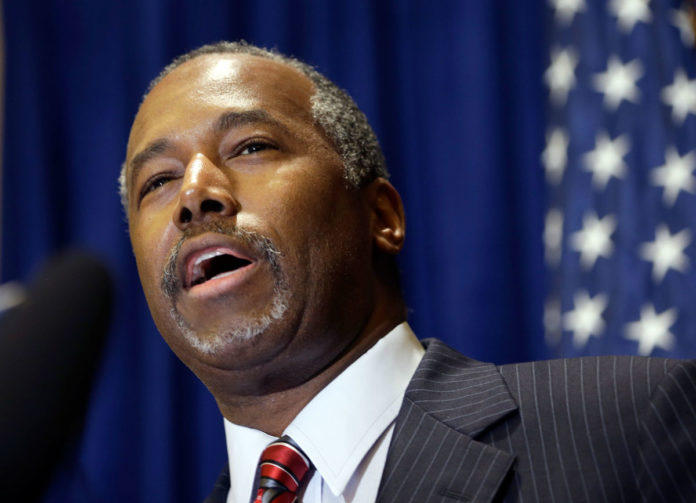 Ben Carson made his debut as secretary of Housing and Urban Development Monday by telling agency employees about the virtues of the “can-do” American society. Carson said this value system was best exemplified by slaves, whom he characterized as immigrants who came to the United States with very little and worked very hard.

“That’s what America is about,” Carson said. “A land of dreams and opportunity. There were other immigrants who came here in the bottom of slave ships, worked even longer, even harder for less. But they too had a dream that one day their sons, daughters, grandsons, granddaughters, great grandsons, great granddaughters might pursue prosperity and happiness in this land.”

"There were other immigrants who came here in the bottom of slave ships…" pic.twitter.com/WkFrm3dYCB

One HUD employee who was in the room for Carson’s speech said there was no audible reaction to Carson’s slave ship remark, although she was shocked by it and immediately recognized that it’d be a problem. She added that overall, people at the agency are excited about their new boss.

The Senate approved Carson, a neurosurgeon with no experience in housing policy, to the job last week.

In 2013, Carson said Obamacare was “the worst thing that has happened in this nation since slavery.”

“And it is in a way, it is slavery in a way, because it is making all of us subservient to the government, and it was never about health care,” he added. “It was about control.”

Carson also spent part of his speech to agency employees Monday talking about the human brain.

“[E]very human being, regardless of their ethnicities, or their background, they have a brain, the human brain,” he said, later adding, “You can’t overload [the brain]. Have you ever heard people say, ‘Don’t do that or you’ll overload your brain’? You can’t overload the human brain. … So we need to concentrate a little less on what we can’t do and a little more on what we can do.” 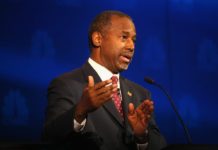 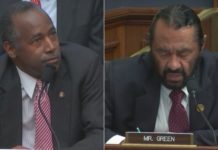 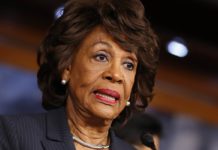