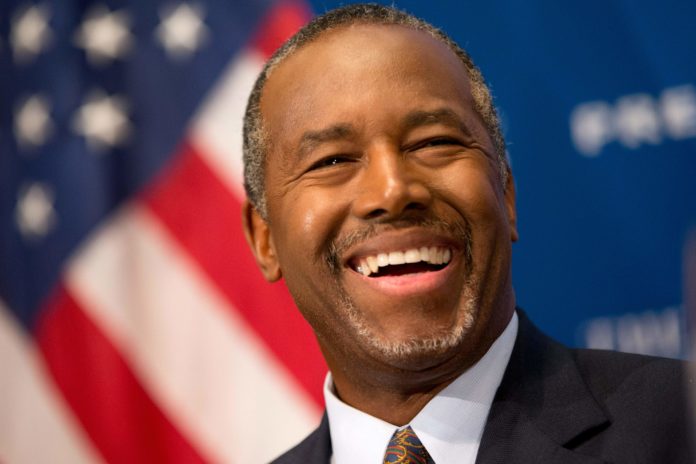 Ben Carson will be nominated as the next secretary of the Department of Housing and Urban Development.

“I am thrilled to nominate Dr. Ben Carson as our next Secretary of the US Department of Housing and Urban Development,” President-elect Donald Trump said in a statement. “Ben Carson has a brilliant mind and is passionate about strengthening communities and families within those communities.”

During their primary fight, though, Trump had derided Carson as “super low energy” and delivered a number of sharp attacks on Twitter, questioning Carson’s temperament and qualifications for office. At a rally in Fort Dodge, Iowa during the primary, Trump  delivered a blistering attack on Carson.

“[Trump] has no selected someone woefully unqualified to run the Department of Housing and Urban Development. During his time in Baltimore, Dr. Ben Carson was a phenomenal neurosurgeon, but he has no experience developing housing policy affecting tens of millions of households or running a complex federal agency, as his own spokesman admitted just last month,” the Maryland representative said.

Cummings was referencing reports that Carson rejected a previous offer from Trump to be the next secretary of Health and Human services because he felt he was too inexperienced to run a federal agency, according to longtime aide Armstrong Williams.

Carson’s unsuccessful primary campaign was punctuated by rookie blunders and odd claims, including that the Egyptian pyramids were used to store grain. “The pyramids were made in a way that they had hermetically sealed compartments,” he said. “You wouldn’t need hermetically sealed compartments for a sepulcher. You would need that if you were trying to preserve grain for a long period of time.”

He is known for offering provocative commentary on a wide range of issues, including comparing the modern American government to Nazi Germany in a March 2014 interview with Breitbart, and saying at the Voter Values Summit in 2013 that Obamacare is “the worst thing that has happened in this nation since slavery.”