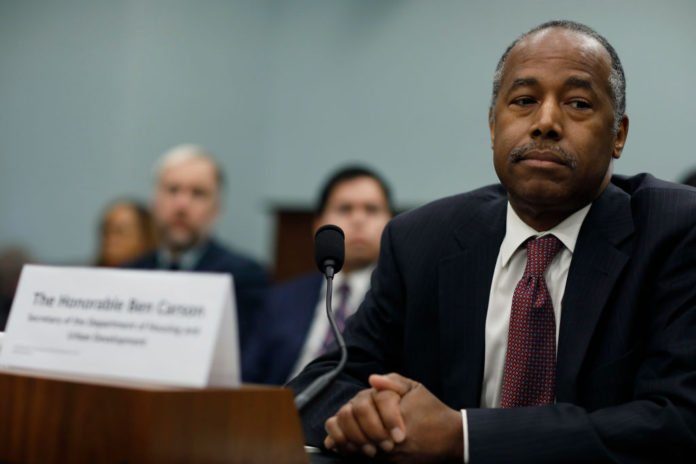 Bright orange flames were shooting out of Donald Trump after a vicious op-ed from the New York Times had all the world talking. The first-person narrative was written by an anonymous senior official in the administration, prompting the White House to try to figure out who penned by the piece. And while Trump has staffers dropping on him like flies, Ben Carson wanted to make sure his boss knew there was no one more loyal than he.

Carson’s spokesperson released a statement to NBC less than 24 hours after the op-ed was published.

“The Secretary didn’t write the op-ed,” the statement insisted.

Of course, it wasn’t Mr. Carson. Does anyone on the planet think Carson would disobey Trump? Never! Carson has defended Trump’s racism, sexism and horrific policies. If Trump told Benjamin to sing Southern hymns at the top of Trump Tower until the Mueller investigation ends, Carson would do it, and quickly. He is absolutely loyal.

The op-ed said Trump was weak, has terrible knowledge about foreign policy and that the country would be destroyed if the anonymous writer and others fighting for decency in the White House weren’t working to save the day.

“The bigger concern is not what Mr. Trump has done to the presidency but rather what we as a nation have allowed him to do to us,” one part of the op-ed read. “We have sunk low with him and allowed our discourse to be stripped of civility.”

Well, elections have consequences and nearly every sane person warned us of Trump’s destructive tendencies. That said, anyone who remains in the White House is not a hero; they are complicit cowards.