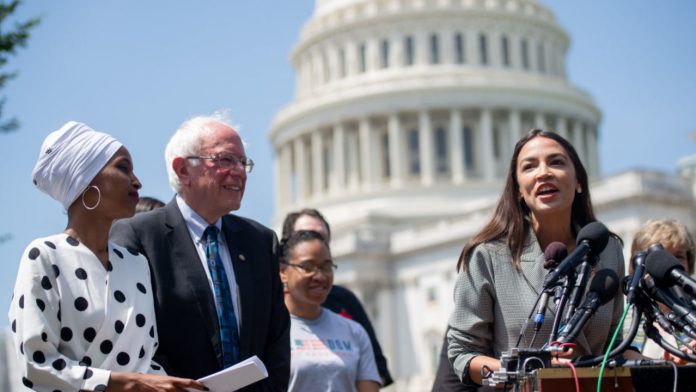 Rep. Ayanna Pressley (Mass.), who also stood apart from her colleagueswhen she supported anti-BDS (Boycott, Divestment, and Sanctions) legislation, has yet to endorse anyone.

During the debate, Sanders focused on the student debt crisis, Medicare For All, tackling the U.S./Saudi led war and the horrible violence inflicted on the people of Yemen, and reminding voters that he “wrote the damn bill.” With many of the candidates focusing their fire on co-front runner Elizabeth Warren, Sanders wasn’t forced on the defensive, leaving him with a clear path toward former VP Joe Biden.

“Joe, you talked about working with Republicans and getting things done,” Sanders said. “But you know what you also got done — and I say this as a good friend — you got the disastrous war in Iraq done. You got a bankruptcy bill, which is hurting middle class families all over this country. You got trade agreements like NAFTA and PNTR (permanent normal trade relations) with China done, which have cost us 4 million jobs. Let’s get to Medicare for all. If we stood together, we could create the greatest health care system in the world.”

Ocasio-Cortez, who was a volunteer organizer on Sanders’ 2016 presidential campaign, is expected to formally announce her endorsement at a “Bernie’s Back” rally in Long Island City, Queens, New York, on Saturday, the NY Post reports.