DefenderNetwork.com
Home NEWS National ‘Birth of a Nation’ most talked about film of the decade 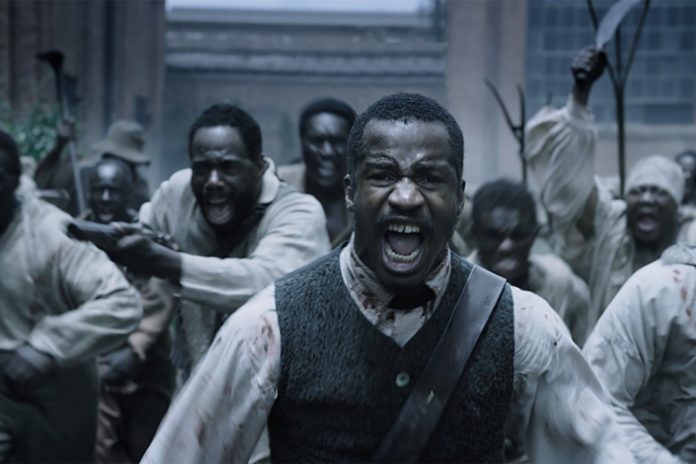 Nate Parker’s “The Birth of a Nation” is promising to be one of the most talked about films of the decade – for several reasons. There’s the glowing reviews received at film festivals, as well as the negative press of Parker’s 1999 rape allegation, which has quieted much of the film’s initial Oscar buzz. “Nation” is one of those rare films that has both movie critics, politicians, and social activists anticipating its release. However, the biggest reason for the film’s buzz in some corners just might be its racially charged storyline, hitting audiences during one of the most racially-charged periods in recent history.

What many don’t know is that a film of the same title was released 101 years ago (1915) with a racially charged story of its own—one that historians say led to mass violence against Blacks by whites.

When comparing the two films’ themes, racially tense times, and the social impact of the original movie, some believe the new film could serve as a powder keg for more conflict.

“The earlier ‘Birth of a Nation’ was a cinematic defamation of African-Americans, which led directly to physical assaults upon our people,” said University of Houston history professor Dr. Gerald Horne.

The “Birth of a Nation” released in 1915, co-produced and directed by D.W. Griffith, was based off the novel and play “The Clansman.” While chronicling the relationship between two Civil War / Reconstruction era white families—one Northern, the other Southern—the film depicts recently freed Blacks as lazy and lust-filled, with designs to rape white women. As the two main families debate slavery and emancipation, Blacks go on a crime-filled rampage, only to be stopped by the heroes of the film—the Ku Klux Klan.

The film was an immediate box office hit, and later (1992) was designated so “culturally, historically, or aesthetically significant” that the United States Library of Congress selected it for preservation in the National Film Registry, an honor reserved only for films deemed so important to the story of America that they should be preserved forever.

In stark contrast, Parker’s “Nation” tells the story of the famous Nat Turner rebellion of 1831, which was so critical to U.S. history and race relations for decades to come afterward. Unlike the 1915 “Nation,” the 2016 version shows Blacks as God-fearing human beings and active participants in their own struggles for freedom and dignity.

“It is brilliant that the titles of these films are the same, as irony is an attention grabber that opens a piece up for dialogue, especially given the fact that they present completely conflicting perspectives,” Morris stated.

Morris argues the 1915 “Nation” was created with hate and bias, with the intention of perpetuating lies about Blacks and heightening divisiveness.

“The 2016 film of the same title comes as a result of the continued effort of artists to present truths to situations that have been continually misrepresented.  In this case art is being used to convey to those who are seekers of truth, and to keep this race informed,” Morris said.

Horne concurred, adding, “I salute Nate Parker for seeking to rewrite this ugly history that has for too long characterized Hollywood.”

University of Texas professor Dr. Andrea Roberts finds the time periods that produced both “Nation” movies to be strikingly similar, with each showing Blacks achieving incredible gains while facing heightened violence and setbacks.

Roberts says the first “Nation” was released during a period deemed The Progressive Era (1890 – 1920) which was full of Black progress. With Blacks entering politics, building schools, churches and entire settlements like Oklahoma’s “Black Wall Street.” In Texas in 1910, for example, 13 percent of all farm land was owned by Blacks. Roberts adds that this same time period is also called the “Racial Nadir” (low point) for Blacks due to the increase in the KKK’s domestic terrorism, lynchings, and the enactment of laws restricting Black movement—physical, political and economic.

“The fact that [1915 “Nation”] glorified the Ku Klux Klan yet was screened in the White House by President Woodrow Wilson is a testament to the abject hostility we faced then,” shared Horne.

, Many scholars speak of the election of the country’s first Black president coinciding with heightened racial tensions due to protests over the ever-growing list of Blacks killed by police, lack of police convictions for these deaths, the Confederate Flag debate, and the reported divisiveness of Donald Trump’s presidential candidacy.

Parker’s “Nation” emerges out of this two-sided backdrop, seen most vividly through the experiences of Black women, who are both the most educated demographic in the U.S. and one of the most impoverished and under-insured.

“Essentially, the Obama years were first another Reconstruction, followed by another Racial Nadir of race relations in his second term. In 1916 and 2016, Blacks achieved much, but their mobility and sovereignty of place and self were frequently violated,” said Roberts.

Though it is impossible to compact the impact of both movies since Parker’s “Nation” just debuted on October 6, many believe the impact of the original movie provides clues for what can be expected.

Many historians “credit” the animosity stirred up by the 1915 “Nation” with playing a major role in the Red Summer of 1919—the major Race Riots that broke out all across the country in close to 40 cities. Whites terrorized and killed hundreds of Blacks, especially Black soldiers, to erase in their minds any ideas they may have had of social advancement after serving their country in war.

Though the NAACP picketed theaters in attempts to get “Nation” 1915 banned, the movie played on, as did the growing violence against Blacks. Countless reports exist of individuals leaving the movie and directly attacking nearby Blacks.

Though no such predictions of violence exist as a result of Parker’s movie, many do believe it will move people to action. 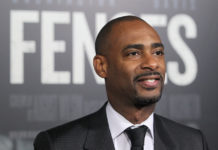 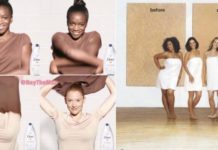