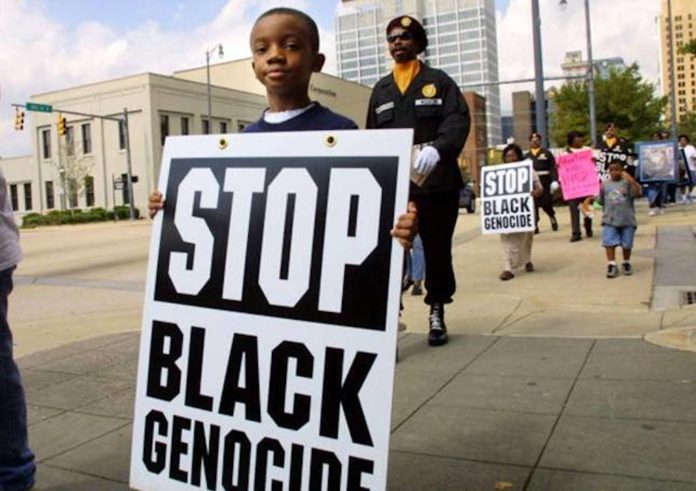 Since 2012, Black Lives Matter has fought to shed light on the racial injustices faced by Black people in America, but a majority of polled voters don’t seem to fancy the group’s social justice efforts, according to a new survey.

Those surveyed also viewed Black-on-Black crime as a bigger issue than police brutality.

A recent Harvard University poll showed that just 43 percent of survey participants have a favorable view of Black Lives matter, while over half of respondents – 57 percent – have an “unfavorable” view of the group.

Unsurprisingly, the majority of those opposed to BLM are white, according to the survey, in which 2,032 registered voters were polled. A whopping 65 percent of white Americans polled feel negatively about the organization, compared to 35 percent of whites who said they have a “favorable” view.

Among polled African-American voters, 83 percent feel positively toward BLM while 17 percent felt the opposite.

Just 18 percent of those surveyed who voted for President Donald Trump have a favorable view of BLM. On the other hand, 66 percent of Hillary Clinton supporters back the movement and 34 percent do not.

Countless incidents of police brutality against African-Americans have gained national attention in recent years, including the high-profile shootings of unarmed Black men by police. Yet, the survey showed that poll participants in general don’t believe that police violence against Black people is the biggest issue facing the country today — “Black-on-Black crime” is.

Approximately 70 percent of respondents said Black-on-Black crime in African-American communities was a bigger issue than police brutality. Thirty percent of those polled thought otherwise, putting state-sanctioned violence against Blacks at the top of America’s “need to fix” list.

A large chunk of respondents (64 percent) also feel that race affects police use of force. Fifty-six percent of voters said the police are too quick to use force, while 44 percent believe officers only use force when necessary.

For 54 percent of those polled, officers are too quick to shoot at African-Americans. Forty-four percent disagreed, saying law enforcement officials interact with all races the same.

Among the study’s other key findings were: