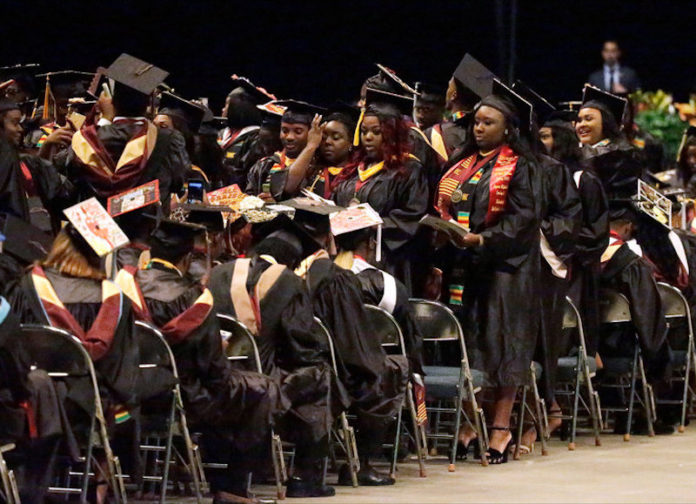 Black faculty members from colleges across the country are rallying behind graduates of Bethune-Cookman University after some grads booed commencement speaker Betsy DeVos, the secretary of education.

“The world watched you protest the speaker you never should have had,” said an open letter signed by more than 200 faculty. “Your actions fit within a long tradition of Black people fighting back against those who attack our institutions and our very lives with their anti-Black policies and Anglo-normative practices.”

Camika Royal, an assistant professor at Loyola University Maryland and one of three principal authors of the letter, said the message was clear that the students needed support.

“As a graduate of an HBCU, I know how important an education is for an individual, as well as a community,” Royal said. “So, to look at these Bethune-Cookman students have that moment taken away from them and see Betsy DeVos be held up as a speaker, was a slap in the face to them and their families.”

In February, DeVos referred to Black colleges as “pioneers of school choice,” asserting that the schools “started from the fact that there were too many students in America who did not have equal access to education.”

The remark ignited a firestorm from many who said DeVos ignored the fact that Black colleges were direct responses to slavery and Jim Crow when Blacks had fewer educational options.

As DeVos began her Bethune-Cookman address students booed and turn their backs on her, prompting President Edison Jackson to take the microphone from DeVos to admonish the students.

“If this behavior continues, your degrees will be mailed to you,” Jackson said. “Choose which way you want to go.”

Cornyn was invited to visit students “at a future date in order to keep the focus on graduates and their families.”