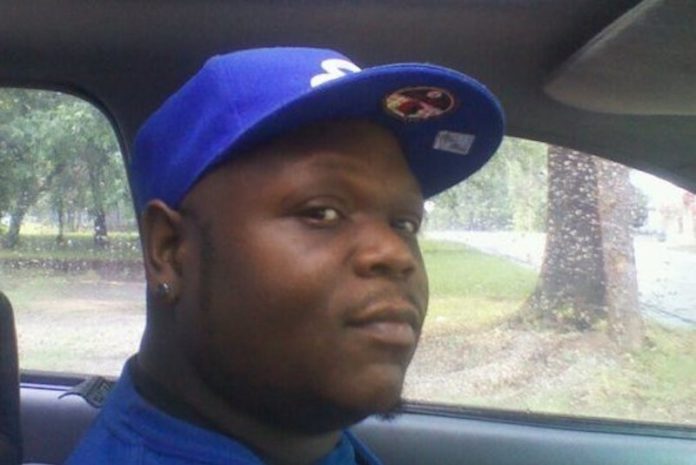 Michael Sabbie ― a 35-year-old stay-at-home father of four ― said it after five guards piled on top of him inside the Bi State Jail, a facility that sits directly on the border between Texas and Arkansas and is run by a for-profit company.

“I can’t breathe.” Sabbie ― who packed his kids’ lunches, drove them to and from school, and carted them around to their after-school activities ― said it again after a sixth officer pepper-sprayed him as he lay on the concrete floor.

“I can’t breathe, sir. Please! Please!” Sabbie ― who wrote a Facebook post thanking God for his kids just hours before his arrest ― said it again as guards held him up against a wall outside of the nurse’s station.

A guard threatened to pepper-spray Sabbie again. “I’m sorry,” Sabbie said, hoping to avoid being hit with painful chemical agent a second time. “I’m sorry. I’m sorry.” Then Sabbie collapsed. The guards, paid a starting rate of $10 an hour, apparently thought he was faking it. They took him to a cell.

“Can’t breathe,” Sabbie said as guards removed his handcuffs and left him on the floor of the cell overnight. Sabbie, who at that point had been in custody for roughly 48 hours, was dead by the morning.

The basic details of Sabbie’s death, one of more than 800 jail deaths counted by The Huffington Post in the year after Sandra Bland died in jail on July 13, 2015, wouldn’t normally raise much suspicion. The initial news reports said that Sabbie, who was arrested on a domestic assault charge, was found “unresponsive” on the morning of July 22, 2015, suggesting he died in his sleep. A medical examiner ― noting Sabbie’s obesity and that he had significant heart muscle damage ― deemed his death “natural,” a label that implies it was an unavoidable tragedy. Those circumstances wouldn’t make Sabbie’s death terribly unique: Heart disease killed an average of 226 jail inmates a year from 2000 until 2013, making it the leading cause of jail deaths after suicides.

But calling Sabbie’s death “natural” obscures more than it illuminates, and would hide the failures that very likely could have prevented his death. A quick internal investigation might have absolved jail employees of any wrongdoing. But in Sabbie’s case, there’s video.

“If you just looked at the cause of death, you would think that Michael died of some sort of hypertensive heart condition, and that may be true,” said Erik J. Heipt, one of the attorneys representing the Sabbie family. “But if we didn’t have a video, we’d never know that he had been begging for help due to his shortness of breath and inability to breathe. We’d never know that he said ‘I can’t breathe’ 19 times in the nine minutes that we hear in that video.”

Heipt and his law partner, Edwin Budge, regularly represent families of individuals who have died in jails across the country. But this video is “without a doubt among one of the most outrageous,” Budge said.

“Clearly he’s a person in a state of medical crisis, in medical need, asking for help, and the response to his essentially pleas for medical help is inhumane, which is a term I don’t use lightly,” Budge said.

Preventable deaths being labeled as “natural” is a “common phenomenon” and a “huge problem” in jails across the country, said David C. Fathi, the director of the ACLU’s National Prison Project.

“We often find that someone’s death is characterized as ‘natural causes’ ― maybe it was cancer, maybe it was heart disease,” Fathi said. “But if you look at the medical record, you often find egregious neglect and denial of care. If someone dies of cancer that went totally untreated, is that death from natural causes?”

Check out more from the story at www.huffingtonpost.com.