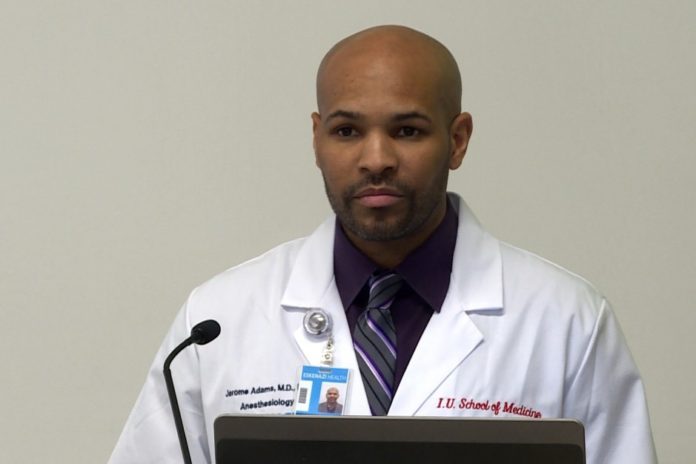 The White House has found a candidate to fill the role of the “nation’s doctor,” after firing a holdover from former President Barack Obama’s administration.

President Donald Trump nominated Dr. Jerome M. Adams to serve as the next surgeon general. Adams is currently Indiana’s health commissioner and served in that post while Vice President Mike Pence was governor of Indiana.

He holds a master’s degree in public health from the University of California at Berkeley, and earned an M.D. from Indiana University School of Medicine, according to the White House.

The surgeon general nominee tweeted that he’s “truly honored” that the president selected him for the post. If confirmed, Adams would succeed Vivek Murthy, appointed by President Obama. After firing Murthy, the Trump administration replaced him temporarily with Rear Admiral Sylvia Trent-Adams, an African-American nurse.