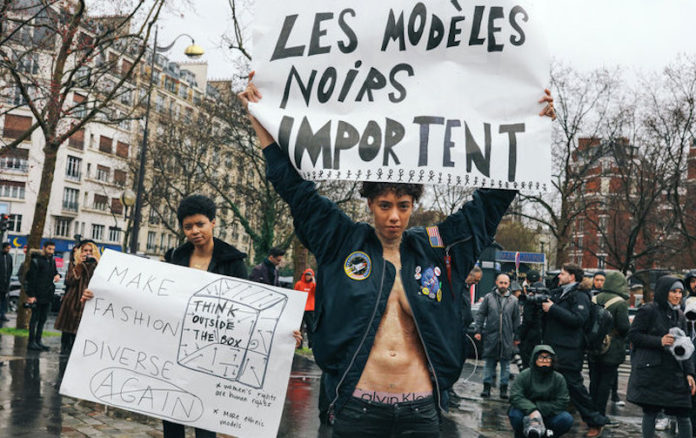 Looks like Paris Fashion Week’s most importent moment happened off the runway.

Indi Irvin, a U.K.-based model signed with MSA Models, protested outside the Balenciaga show on Saturday, holding up a sign that read “Les Modèles Noirs Importent,” or as it’s translated, “Black Models Matter.” The signage spoke to the brand’s historical lack of diversity on the runway.

The arena was fitting ― Refinery29 reports there were only four models of color of the 47 models who walked in the Balenciaga show (which was actually an improvement over past seasons) ― but her protest speaks to the event as a whole. As New York Fashion Week has made slow but sure strides to be more inclusive, Paris, Milan and London have continued to come up short.

Irvin explained on Instagram that she was planning to protest Lanvin or Celine, or any show that “was big enough to grab the attention back to the cause,” and it “just worked out best at Balenciaga.” She also explained why she felt like now was the right time to speak out.

The protest caught the attention of many news outlets and street style photographers, including Phil Oh (Mr. Street Peeper) and Melodie Jeng, and with good reason. While Balenciaga did not return a request by The Huffington Post for comment at the time of publication, we applaud Irvin for taking matters into her own hands in the name of inclusivity. 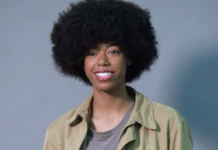 Will Gucci’s next campaign feature only Black models?