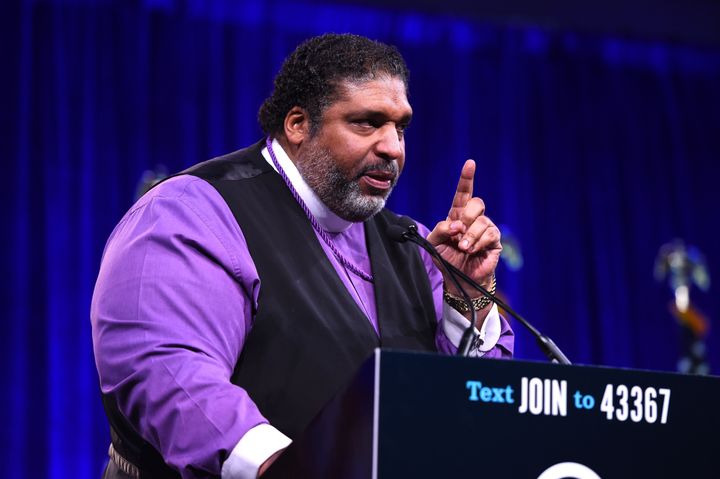 A group of Black pastors is calling on President Donald Trump’s administration to address the racial and economic inequality that is making Black Americans and other minority communities far more vulnerable to the coronavirus pandemic.

The 12 pastors from across the country signed a letter declaring that they are firsthand witnesses of what preliminary demographic data is suggesting ― that COVID-19, the illness resulting from the virus, is killing Black Americans at disproportionately high rates.

The pandemic has exposed decades of “structural racism and policy violence” that have impeded Black communities’ health and access to care, according to Rev. William J. Barber II, the prominent progressive Christian activist whose advocacy group Repairers of the Breach helped organize the letter.

“We need to address these inequalities now and not just some time in the future if we’re going to address this pandemic,” Barber said in an April 15 video press conference announcing the letter.

The 12 pastors are demanding that these leaders ensure that racial minorities, low-wage essential workers, homeless individuals, and imprisoned people have access to protective gear, testing and health care.

The Trump administration should set up testing sites and field hospitals in Black and poor communities hit hard by the virus, and release data on the impact COVID-19 is having on Black and other marginalized racial groups, the pastors said. Congress should pass a COVID-19 relief bill that focuses just on communities of color and poor, low-wealth communities, the pastors added.

“We live in a country where skin color is hazardous to one’s health and mortality is not determined by one’s genetic code but instead by one’s ZIP code,” Haynes said in the video. “We appeal to you to channel treatment and resources to those areas in our body politic that have suffered the most from this national infection that has allowed this virus to spread disproportionately.”

Other signers of the letter include Rev. Traci Blackmon, a Missouri pastor who leads justice initiatives for the United Church of Christ,  Rev. Amos Brown, president of the San Francisco chapter of the NAACP, and Rev. Terry Melvin, a labor leader from New York.

Most cities and states aren’t reporting race in their COVID-19 counts, so a clear, national picture of the situation across the U.S. is not yet available. But initial studies point to an alarming trend.

On Easter Sunday, Chicago mayor Lori Lightfoot said African Americans in her city accounted for 72% of virus-related fatalities, even though they make up only 30% of the population. In Michigan, 40% of coronavirus-related deaths were in the Black community, even though just 13.6% of the state’s population is Black.

These disparities reflect longstanding structural inequalities that Black Americans and other marginalized racial groups have faced, the pastors wrote in their letter. The clergy pointed out that Black Americans are overrepresented among the prison population and among low-wage essential workers who can’t do their jobs from home during the pandemic. They often live in racially segregated inner cities and rural communities that have been “neglected for decades,” are disproportionately uninsured or underinsured, and face discrimination within health care settings, the pastors said.

In addition, the Trump administration’s “reckless and uncoordinated” response to the pandemic has led to “avoidable and unnecessary death that is wreaking havoc on Black communities,” the letter stated.

Trump acknowledged the virus’s disproportionate impact on Black communities in a White House task force briefing on April 7. He promised that Anthony Fauci, director of the National Institute of Allergy and Infectious Diseases, and Centers for Medicare and Medicaid Services administrator Seema Verma, would provide statistics about how COVID-19 is impacting Black communities in a “couple of days.” Verma said Monday that this data won’t be available until early May.

The White House did not respond to HuffPost’s request for comment on the letter.

Blackmon, one of the letter’s signers, is the pastor of Christ The King United Church of Christ, a small church of about 80 congregants in Florissant, Missouri, a suburb of St. Louis. Blackmon said that her congregation is full of “undervalued workers performing essential work” ― cooks, cleaning staff, bus drivers, taxi drivers, hotel workers, grocery workers and mail carriers.

Five members of her church have been diagnosed with COVID-19, she said. Blackmon said three of those parishioners had to go to the hospital three times before they were given tests ― which means they were sent home to their families and communities while positive.

Blackmon said she is presiding over two funerals for people who have died from the disease.

“This is my reality,” Blackmon said with tears in her eyes during the video call. “This is all of our reality as pastors and we will not be silent any more.” 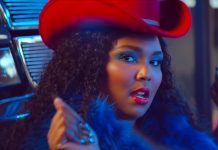 Lizzo is performing at RodeoHouston 2020 on Black Heritage Day 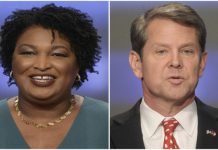 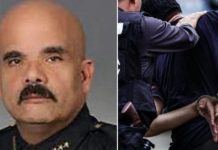 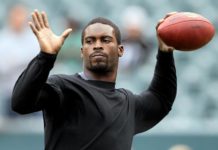 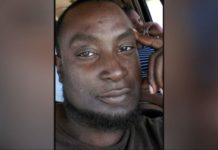 Autopsy says police shot Keith Scott in the back