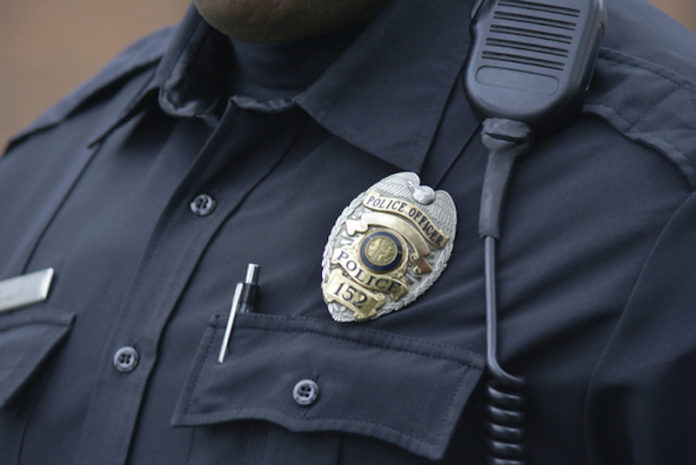 ATLANTA (AP) — The Trump administration’s tough talk on crime and the treatment of suspects has left Black police officers worried that efforts to repair the fraught relationship between police and minority communities could be derailed.

A major Black law enforcement group is set to hear Tuesday from Attorney General Jeff Sessions days after President Donald Trump said police shouldn’t be “nice” to suspects by shielding their heads as they are lowered, handcuffed, into police cars. The comment, now described by the White House as a joke, angered some cops who said it only served to dial back progress they’d made with the people they serve.

Black police officers talk of straddling two worlds: the communities where they live, and the police departments where they work. They take seriously their oath to uphold the law and to go after criminals, but they also worry about their own friends, relatives and neighbors who fear the police.

“We live in some of the same communities that are affected by this disparate treatment. We go to church in those neighborhoods. We go to the barbershops. Certain things people don’t realize: It’s really hard being Black and being a police officer when these things happen,” said Clarence E. Cox III, former chief of Clayton County Schools in Georgia and incoming president of National Organization of Black Law Enforcement Executives.

Sessions has questioned the far-reaching federal civil rights investigations that were a cornerstone of the Obama administration’s efforts to overhaul troubled police departments, often after high-profile police deadly encounters with Black men inflamed tensions and reignited debates over police-community relations.

Sessions has so far been silent on the president’s remarks, and the Justice Department did not immediately say whether he would mention them during the speech. Sessions has said aggressive federal intervention in local law enforcement can malign entire agencies and make officers less effective on the streets, but he has promised to prosecute individual officers who break the law. Still, he believes low officer morale can contribute to spikes in violence.

Civil rights advocates — and Black police officers — are closely watching his efforts to reshape the department. Some of his most sweeping changes have come in the area of policing.

Sessions has been traveling the country touting his tough-on-crime agenda. He believes rising violence and the nation’s opioid epidemic necessitate a return to tougher tactics, vowing to make fighting ordinary street crime a top priority for a Justice Department.

Perry Tarrant, the assistant chief of the Seattle Police Department and the current president of NOBLE, expressed concern about Sessions’ pledge to dial back civil rights investigations. He notes that the Seattle department is under a settlement agreement — just shy of a consent decree — related to use-of-force complaints. While there are effective interim steps that can help address bad departments, he said, “at the end of the day if you have systemic issues in any organization, the Department of Justice has an obligation to intervene.”

Tarrant blanched when he heard the president’s remarks, worried it would encourage bad cops and taint the entire profession at a time when police are trying to instill trust among those they serve.

“We are professionals. We are not thugs,” he said. “If there’s any deviation from that, there’s certainly cause for concern and to suggest that we treat people less than nice and it results in any kind of injury, we’re talking about a crime.”

Trump’s remarks came last Friday before law enforcement officers in Suffolk County, New York, during a visit to highlight his administration’s efforts to crack down on a street gang known as MS-13. He appeared to advocate rougher treatment of people in police custody, speaking dismissively of the practice of shielding the heads of handcuffed suspects as they are placed in patrol cars.

His remarks were later denounced by the Suffolk County Police Department, which issued a statement afterward that it has strict rules and procedures about how prisoners should be handled and “we do not and will not tolerate roughing up of prisoners.”

For officers in the field, Sessions’ suggestion that he will no longer pursue court-enforceable improvement plans for police departments and Trump’s remarks were a double whammy, complicating efforts to improve relations with minority communities already suspicious of police, said Eddie Hawkins, a school resource officer in Ohio and president of the Sentinel Police Association, a group of black police officers in Cincinnati.

“This is like a marriage and this marriage is getting rougher and rougher,” he said.