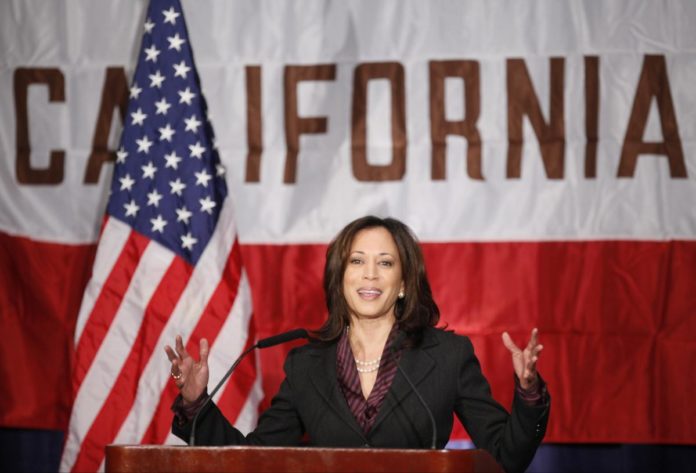 Black women believe that California Democratic Sen. Kamala Harris would be a good pick for president. Though Harris hasn’t yet made a bid for the highest office in the land official, her followers were still hoping that she does and beats Trump. Fans may just be anticipating when and where Harris could officially throw her hat into the presidential race ring.

The moment that Harris could potentially announce a 2020 run may come on Martha’s Vineyard, where she was scheduled to make a major appearance next week. The senator will be headlining a reception amid an influx of politicians, including Georgia gubernatorial candidate Stacey Abrams and Tallahassee, Florida, Mayor Andrew Gillum, coming to the Massachusetts island, BuzzFeed News reported. The appearance is particularly noteworthy as many African-American women await Harris’ official announcement of a 2020 presidential run.

“I think the excitement here signals that black women are poised to harness our political power to catapult a black woman to the White House,” Glynda Carr, a prominent political operative and co-founder of Higher Heights for America, which works to get black women elected to office, said.

Harris — who will attend a Martha’s Vineyard event hosted by her sister, Maya Harris, a former top policy advisor to Hillary Clinton — represents hope and change, like former president Barack Obama did in 2008. It’s safe to say that people of color are clamoring for another person to take the country’s top spot as president. Harris, also safe to say, has a good chance of getting the Democratic nomination if she decides to go for it.

The Washington Post recently ranked Harris as the third-best Democratic presidential candidate, right behind Vermont Sen. Bernie Sanders and Massachusetts Sen. Elizabeth Warren. Harris was also tied with Sanders for second-best odds as a favorite among Democrats hoping to win the 2020 election, according to OddShark, a betting site. Trump somehow had the best odds but Harris still emerged as a true contender. However, how likely is it that she could actually run?

Harris told MSNBC in late June that she hadn’t ruled it out. A recent tweet may also hint that she was truly considering running for the presidency, but only time will tell.