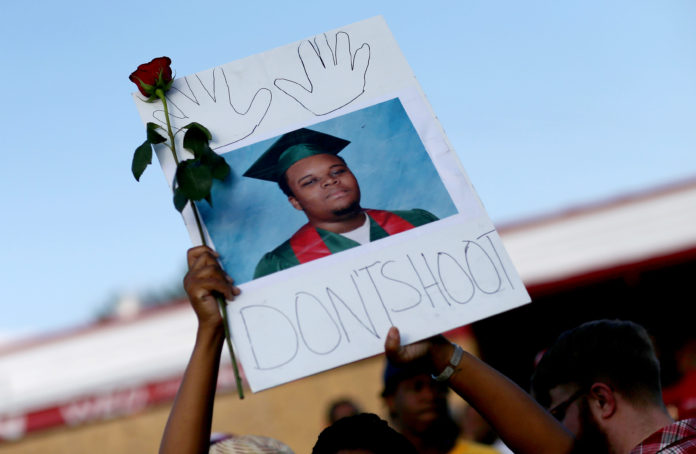 As Sen. Jeff Sessions waits to be confirmed for attorney general – the nation’s top law enforcer – there are renewed concerns about over the expected abandonment of criminal justice reform by Donald Trump’s incoming administration

A new study analyzing data from 2016 revealed that young Black men were again killed by police at a sharply higher rate than other Americans in 2016.

Black males ages 15-34 were nine times more likely than other Americans to be killed by law enforcement officers last year, according to data collected for the Counted, an effort by the Guardian newspaper to record every such death. They were also killed at four times the rate of young white men.

Racial disparities persisted in 2016 even as the total number of deaths caused by police fell slightly. In all, 1,091 deaths were recorded for 2016, compared with 1,146 logged in 2015. Several 2015 deaths only came to light last year, suggesting the 2016 number may yet rise.

The total is again more than twice the FBI’s annual number of “justifiable homicides” by police, counted in recent years under a voluntary system allowing police to opt out of submitting details of fatal incidents. Plans to improve the government records have been thrown into doubt by the election of Trump, who campaigned as a “law and order” conservative.

“This data is so important,” said Chuck Wexler, the executive director of the Police Executive Research Forum. “We have to capture the whole range of use of force by police, and we have to have a way to identify how we are doing.”

Citing the Guardian findings, the American Civil Liberties Union (ACLU) expressed renewed concern over Trump’s nomination of Sessions, a rightwing Republican senator from Alabama, who has been hostile to critics of police, such as the Black Lives Matter movement.

“Committee members should also question Sessions on what role, if any, the Justice Department would play in trying to help police departments nationwide reduce the number of people they kill,” the campaign group said in a report.

The 2016 data showed a decline in the number of unarmed people killed by police, a central concern of protests across the country after the fatal shooting of Michael Brown, an unarmed Black 18-year-old, in Ferguson, Mo., in August 2014. A total of 169 unarmed people were killed in 2016, compared with 234 in 2015.

There was little movement, however, in other demographic data. In 2016, 53 percent of people killed by police were white, compared with 51 percent in 2015. Hispanic or Latino people comprised 17 percent of the total in both years. There was a small decline in the proportion of African-Americans among the total, from 27 percent to 24 percent.