DefenderNetwork.com
Home NEWS National Body of army vet who died in police custody is returned with... 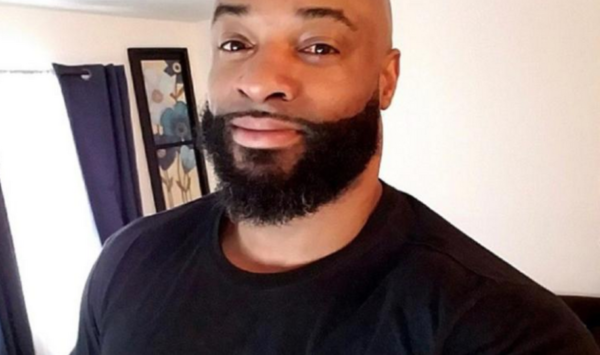 It’s been just over a year, and a Delaware family is still begging for answers after Army veteran Everett Palmer Jr. died in police custody was returned to relatives with some of his organs missing.

Palmer’s family have spent the past year trying to track down the 41-year-old’s throat, heart and brain — all of which were missing from his body, according to CNN. The grieving family said they haven’t a clue what happened to their loved one and say officials have been stingy with answers.

“This entire case smacks of a cover-up,” attorney S. Lee Merritt, who’s representing the Palmers, told the outlet via telephone.

Palmer died in police custody at the York County Prison on April 9, 2018. His brother, Dwayne Palmer, said Everett was headed to visit their sick mother in New York, but first wanted to resolve an outstanding DUI warrant from a 2016 incident in Pennsylvania to ensure his license was still good.

That was the last time they would speak.

An autopsy performed by the York County Coroner’s Office determined Palmer had died “following an excited state” where he began “hitting his head against the inside of his cell door and he was held back.” The report also noted that Palmer had become frustrated as a result of  “methamphetamine toxicity.”

A probable “sicking red cell disorder,” was also listed as a contributing factor in his death.

Palmer’s relatives said the father of two didn’t have any health issues prior  to his demise and called the autopsy report’s claims of him hitting himself completely “out of character.” They acknowledged Palmer had a history of drug use, but never meth.

“We don’t believe anything [officials] are telling us at this point,” Dwayne Palmer said. “It’s a tremendous loss for our family. We are devastated.”

Processing records from the jail also showed Palmer had no drug paraphernalia on his person, nor was he under the influence when he was booked, leading the family’s attorney to suspect Palmer was given drugs while behind bars.

“He would have had to receive [the alleged meth] in the jail itself,” Merritt told CNN, adding, “We don’t believe that happened.”

On July 28, 2018, the York County Coroner’s Office updated Palmer’s autopsy report to include a manner of death, listed as “undetermined.” The office has promised to update the report as more information becomes available.

The report notes that Palmer was unresponsive when he was rushed to a medical clinic. He was later transferred to York Hospital, where he was pronounced dead.

The family said it was only after the body was returned that they hired an independent pathologist, who informed them Palmer was missing a few of his body parts. According to Merritt, “It’s not unusual to take organs out of a body during an autopsy, especially if you believe they were subject to trauma.

“The highly unusual part is to misplace them,” he added.

They contacted the coroner’s office, who told them to check with the funeral home. Workers there said they hadn’t touched Palmer’s body.

After seven months of trying to locate the missing parts, the coroner’s office told Palmer’s family the organs were at an independent lab. The family’s attorney said the lab has refused to hand over the parts, however, citing a pending investigation.

“His constitutional rights are being violated,” said Merritt.

“From the beginning of this investigation, appropriate chain of custody was maintained of the remains of Everett Palmer, Jr. DOB 01/14/1977 and DOD 4/9/2018; at no time were the remains ‘missing,’” the statement read. “At no time did we direct the family to the funeral home for “missing” organs, and we did advise the family through their attorney at the time that the organs referenced, the heart, brain and throat, had been retained by FPA (Forensic Pathology Associates) for further investigation.”

The family of 17-year-old Georgia student Kendrick Johnson, whose dead body was found rolled up in a gym mat at Lowndes High School in 2013, ran into a similar issue when they claimed the teen’s body was returned to his family without his internal organs and his body stuffed with newspaper.

Johnson’s parents, Kenneth and Jackie Johnson, suspected foul play from the start and have been demanding answers ever since.

Palmer’s family remains in the dark following their loved one’s mysterious death and are now calling on others to help them to get to the bottom of it all.

“If he was being processed for something that he did wrong in terms of the DUI — he should be held accountable for that — but it shouldn’t be a death sentence, certainly inside of a jail,” Dwayne Palmer said. “We know that there are good people in that prison system. We appeal to them to come forward and share what they know.”