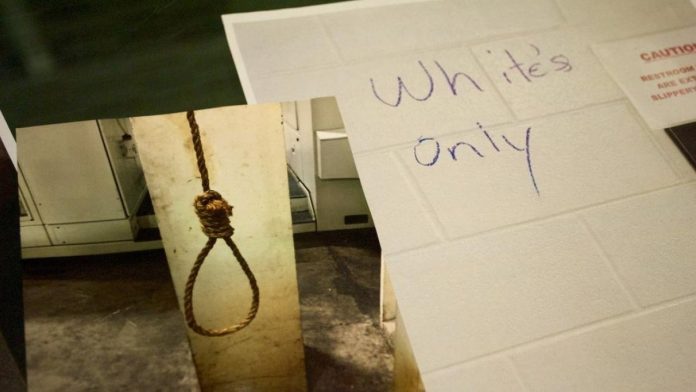 ultiple current and former employees of General Motors have sued the automaking giant over accusations of a racist workplace environment that included everything from nooses to being called the N-word and even a “whites only” sign. The combination has resulted in a growing call to boycott the struggling company that was also facing other potential boycotts unrelated to the allegations of racism at a manufacturing plant in Ohio, according to a new report from CNN.

The charges detailed in the lawsuit were egregious. The aforementioned accusations at GM’s Toledo Powertrain plant included black supervisors being “denounced as ‘boy’” while being “called ‘monkey,’ or told to ‘go back to Africa.’”

It was a “workplace where black employees were warned a white colleague’s ‘daddy’ was in the Ku Klux Klan” and one where “white workers wore shirts with Nazi symbols underneath their coveralls,” CNN reported.

Boyd and at least eight other current or former employees suing were overrecting to their alleged treatment, the local union leader told CNN.

“Do I believe people are a little too sensitive these days? Absolutely,” Dennis Earl, who is white, said. “What passed 20 years ago doesn’t pass today.”

While other, unrelated boycotts against GM have been threatened recently, the alleged discrimination in Ohio was the only boycott inspired by racism. After GM announced in late November that it was planning to close five of its plants this year, customers in Canada were reportedly considering a boycott of the company’s cars because of the number of jobs that would be lost.

Unifor, the union representing GM workers in Canada, conducted a poll that found about 45 percent of respondents wanted to boycott the automaker, according to a report published Wednesday.

“The fact that Canadian consumers are willing to punish GM with a complete boycott is exactly what we have been warning the company about for weeks,” Unifor National President Jerry Dias said. “A widespread GM boycott would hurt Canadian and American workers who do not deserve to be casualties of GM’s corporate greed and ongoing move of production to Mexico.”

GM workers in Detroit were also protesting over their jobs being eliminated later this year, with employees reportedly vowing never to buy another GM car again.