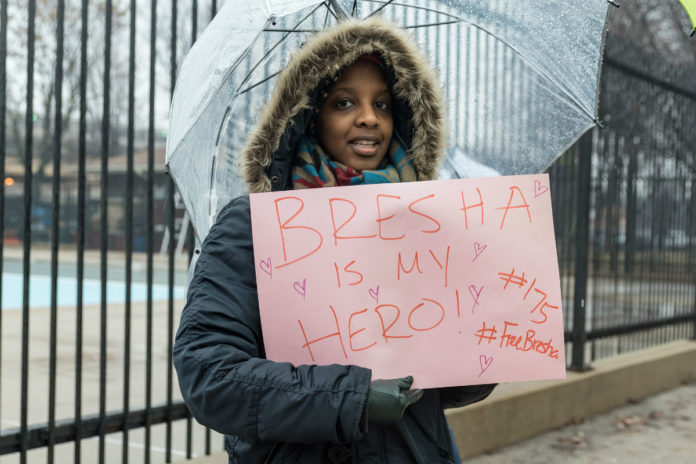 Bresha Meadows, a 15-year-old who fatally shot her father in his sleep last summer, pleaded true to a charge of involuntary manslaughter on Monday, ending a legal ordeal that began over nine months earlier.

“This is a good child,” her attorney, Ian Friedman, said in Ohio’s Trumbull County Family Court. “She grew up in an environment where every adult failed her. … This did not have to happen.”

As part of a plea agreement, Bresha was sentenced to a year and a day in juvenile detention, as well as six additional months at a residential mental health facility and two years of probation. She’ll get credit for time served, so she can move to the mental health facility in about two months. Her record will be sealed and expunged when she reaches adulthood.

Her family will likely be responsible for shouldering the cost of the mental health facility. They are raising money for her on GoFundMe.

It was never in dispute that Bresha shot her father, Jonathan Meadows, on July 28, 2016. The question was why. As her family told it, Bresha took the only action she believed she could to save herself and her family from the man who was terrorizing them.

In the aftermath of the shooting, Brandi Meadows called her daughter a hero and described her husband as a violent, abusive man who made their lives a living hell. “She helped me,” Brandi said in an interview at the time. “She helped all of us so we could have a better life.”

Bresha was quickly arrested and charged with aggravated murder and has been incarcerated ever since. As the months passed, her case has become something of a cause célèbre, with criminal justice reform advocates pointing to her as an example of how black women and children are punished by the government for simply protecting themselves.

On Monday, Bresha, who was dressed in blue with her hair in braids, cried and periodically wiped her eyes with tissues. It was her 299th day behind bars. The courtroom was packed, with her immediate family filling the benches on the right and family members of her deceased father to the left. Members of the press squeezed into the jury box.

According to Bresha’s family, the young girl had started to fall apart in the months leading up to the shooting. Her grades plummeted. She began cutting herself. And she ran away, telling her aunts in Cleveland that she was afraid her father might kill them all. He beat her mother in front of her, she said, and threatened them with a gun. She said she was scared for their lives.

His sister, Lena Cooper, disputed this characterization of her brother in an impassioned victim impact statement, stating that he was not a “monster.”

It’s very rare for children to kill their parents, and even rarer for girls to do so. An estimated 50 children under age 18 kill their parents each year in the U.S., according to Kathleen Heide, a professor at the University of South Florida who studies parricide. Most kids who kill are victims of abuse and neglect. Heide said she had evaluated Bresha in May and concluded that was true in her case, too.

There is some documentation of Jonathan Meadows’ alleged violence.

In 2011, Bresha’s mother left her husband. She filed a police report and obtained a domestic violence protection order, telling authorities that she was afraid for her life. She told police that Jonathan was “capable of extreme violence” and that he threatened to kill her and the three kids.

“In the 17 years of our marriage he has cut me, broke my ribs, fingers, the blood vessels in my hand, my mouth, blackened my eyes. I believe my nose was broken,” she wrote at the time. “If he finds us, I am 100 percent sure he will kill me and the children.”

Brandi spent three months living with her own mother, Annie Latessa, who was in court on Monday. During that time, Latessa said, she got to know Bresha and her brother and sister. They had a birthday party for Bresha, and she gave the girl a dollhouse. Then Brandi returned to her husband. “He broke her,” Latessa said.

Ever since then, Latessa said, she had waited for someone to call and say her daughter was dead. But instead, she got the call that Bresha had shot her father.

Bresha’s cousin, Ja’Von Meadows-Harris, lived with the family when he was a child. He recently came forward to allege that he too was a victim of Jonathan Meadows’ abuse. He recalled witnessing Bresha’s father hit her mother so hard that the blow sent her flying to the floor.

Brandi said she was pleased with the outcome of Monday’s proceeding. “I never wanted her to mess up her life,” she said. “She’ll have a chance to live life like a normal person.”

But when asked if the criminal justice system had worked appropriately in the case, Bresha’s sister, Brianna Meadows, shrugged.

“I think with all the evidence they have, my little sister should not be here right now,” she said. 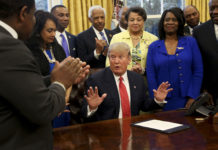 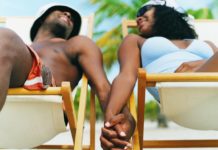 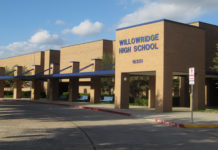