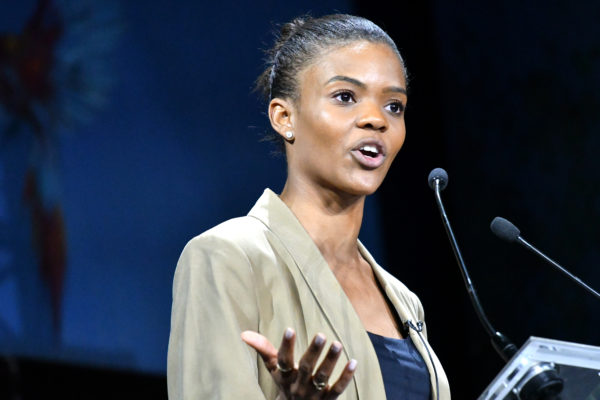 Black conservative Candace Owens was called to the carpet this week after arguing that race “was not an issue” for her when she was younger, seemingly forgetting a racial discrimination case she filed just 10 years ago.

It was during a Tuesday appearance on “The Ingraham Angle” that Owens blamed Barack Obama for deepening the nation’s racial divide and accused  Democrats of using “awful name-calling rhetoric” as a means of “laying down the groundwork for Hillary [Clinton] to run” in the 2016 election.

“Obama did a lot to tear the country apart,” the pundit told host Fox News’ Laura Ingraham. “I do not remember, growing up, having all of these race issues. I really don’t remember it.”

Owens, a right-wing provocateur and Donald Trump supporter, continued railing against Obama and smeared the former president for buying into what she called the “myth” of police brutality.

“Suddenly toward the end of Obama’s [term], we started hearing all of this rhetoric drummed up — it became white versus black all over again,” she argued. “I shouldn’t even say ‘all over again,’ because when I was alive, this was not an issue. It all became about race.”

Many took issue with Owens’ remarks, including The Intercept columnist Medhi Hasan, who was the first to point out the commentator’s big fat lie.

“Huh??? She literally sued the local education board over *racist bullying* when she was a teenager in high school!” he tweeted, adding: “Ah, the grift is strong on this one …”

Hasan was referencing a lawsuit filed by then-18-year-old Owens in 2008 accusing the Stamford Board of Education of not doing enough to protect her from racist harassment by white classmates. According to the complaint, one student allegedly threatened to kill Owens and called her slur.

One of the teens also called her “dirty,” threatened to torch her house and tar and feather her she claimed. Owens missed six weeks of school over the incident, saying it was too traumatizing to attend class with her alleged bullies, The News-Times reported.

The NAACP,  which Owens now calls “one of the worst groups for Black people,” helped the teen secure a $37,500 settlement in the case.

Folks on Twitter had plenty to say about Owens’ fib.

“I wonder how much money Candace Owens got for the sale of her soul,” writer Toure tweeted.

“Candace Owens’ one job is to deny white supremacy to make Republicans feel better,” Andy Campbell, a HuffPost editor, chimed in. “That’s all she’s ever invited to do, and she’s happy to oblige.”

This very real photo of 17yo Candace Owens surrounded by the NAACP appears to capture the exact moment she realized there’s no bag in fighting white supremacy.

One user argued that Owens “saw the race issues until she saw there was more money and fame to unsee them.”

The conservative activist is no stranger to controversy, however. In September, Owens drew backlash after downplaying the threat of white supremacy during a hearing before the House Oversight Joint Subcommittee.

She was also forced to resign from conservative advocacy group Turning Point USA for her comments praising Adolf Hitler as an “OK” guy until he tried globalizing his message of hate.