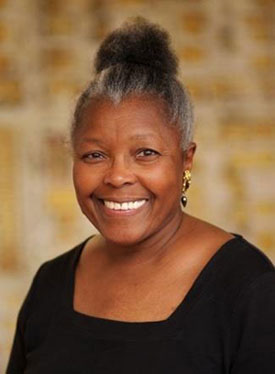 Carroll Parrott Blue, a scholar, producer, author and filmmaker with a special interest in the history and revitalization of Southeast Houston neighborhoods, died Dec. 11.

She served as Rice University’s 2018 Center for Engaged Research and Collaborative Learning scholar-in-residence at the African American Library at the Gregory School and Fondren Library’s Woodson Research Center Special Collections and Archives.

In 2011, as a University of Houston research professor, she was appointed a visiting scholar at the Harvard Graduate School of Design.

“Carroll Parrott Blue brought residents of OST/South Union together in late 2011 to engage us around a vision called ‘Creative Placemaking’ for a National Endowment for the Arts grant called, ‘Our Town,’” Fedrick said.

“From that engagement, she retained a facilitator who helped the civic club leadership form Southeast Houston Transformation Alliance (SEHTA) and invested personal funds to ensure its designation as a 501 (c) 3 non-profit organization.  Through her efforts, residents and stakeholders were in a prime position to submit an application to the Local Initiatives Support Corporation for a GO Neighborhood grant in partnership with Neighborhood Recovery CDC.

“This partnership continues to connect us today for the protection and revitalization of the OST/South Union community. No one can replace Carroll, but we will continue her legacy through our work, especially encouraging the next generations.”

According to Rice University, Blue devoted much of the last four decades to documenting neighborhood histories by bringing together those who lived, worked and studied in those communities.

A decade ago, she employed a then-new technology to preserve the stories of Third Ward. Story mapping plotted the oral histories of residents captured on audio or video on a map of the area. With the help of Rice, she used similar technology to tell stories of Hurricane Harvey.

As a Rice visiting scholar at the Humanities Research Center in 2016 and 2017, Blue collaborated on creating a map that showed a toxic waste dump’s alarming proximity to two schools and two parks.

She also created an interactive multimedia project, “The Dawn at My Back: Memoir of a Black Texas Upbringing,” a combination book, DVD-ROM, and website. The American Library Association selected “Dawn” as one of the 30 best American Association of University Press publications in 2004.

Blue, a Yates High School graduate, received a B.A. in English Literature from Boston University and an MFA in Motion Picture Production from UCLA. She later linked Yates, the University of Houston and Ryan Middle School faculty and students with design professionals as part of the Third Ward Arts Initiative.