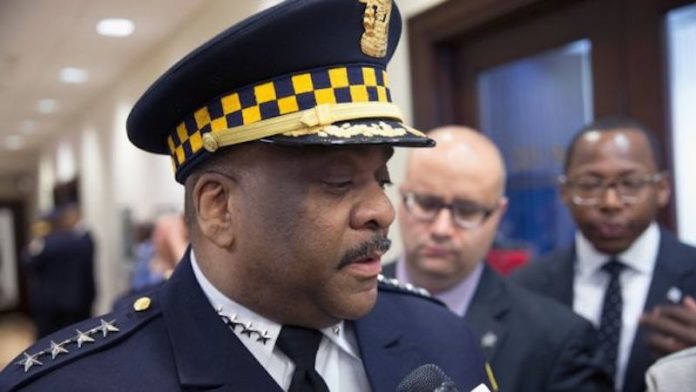 Chicago will pay around $5.4 million in settlements for two men killed by police officers after the city council voted to approve the payments on Wednesday.

Both killings brought increased scrutiny of the Chicago Police Department for its use of deadly force as well as criticism of Mayor Rahm Emanuel’s handling of shootings involving the police. The U.S. Justice Department is conducting a civil rights investigation into the department.

Attorneys for the families could not immediately be reached for comment.

Video footage of Chatman’s shooting was released in January 2016 after being sealed under a protective order three years earlier.

The videos of Chatman’s killing came after the November 2015 release of footage of the killing of Laquan McDonald, 17, by police officer Jason Van Dyke, which sparked widespread protests and calls for Emanuel to step down.

One 10-second segment of video showed two officers chasing Chatman, who then ran around a corner out of sight. It next showed an officer drawing his gun, followed by an image of Chatman on the ground. An officer stood with one foot on Chatman before emergency crews arrived.

The city had originally opposed release of the videos but changed its position a day before a judge was set to rule on the issue.

Lawyers for Chatman’s mother said the videos contradicted police statements that Chatman, a carjacking suspect, had a dark object that he pointed at them. The object turned out to be a cell phone box.

The city settled the lawsuit in June, according to local media reports.

Pinex was killed during a January 2011 traffic stop. A city lawyer resigned after being accused of withholding an emergency radio dispatch in a civil trial over the killing.

A judge ordered a new trial in the case, reversing a federal jury’s decision in favor of the two officers, Raoul Mosqueda and Gildardo Sierra.

It also prompted Emanuel to launch an independent review of the Chicago law department’s civil rights litigation division, which resulted in dozens of recommended changes.

The trial, scheduled to start last summer, was averted when a mediator’s settlement proposal was accepted, according to court documents.