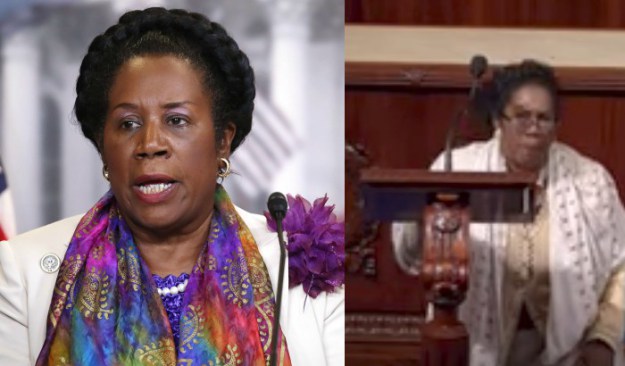 Congresswoman Sheila Jackson Lee (D-Texas) took a knee on the floor of the House of Representatives and used a special order of the Congressional Black Caucus to condemn President Donald Trump.

Jackson Lee was speaking out against Trump after he suggested that anyone who knelt during the national anthem should be fired by the team.. During a rally on Friday, Trump said that he would “love to see one of these NFL owners, when somebody disrespects our flag, to say, ‘Get that son of a bitch off the field right now, he’s fired’?”

The remarks sparked outrage across the country, and Jackson Lee specifically took to the Congress floor to take action.

“There is no basis in the First Amendment that says you cannot kneel on the national anthem or in front of the flag,” said Jackson Lee. “That is racism. You cannot deny it, you cannot run for it.”

She dropped to one knee “in honor” of those who were protesting in a similar manner in the NFL over the weekend. 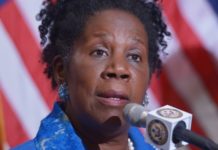