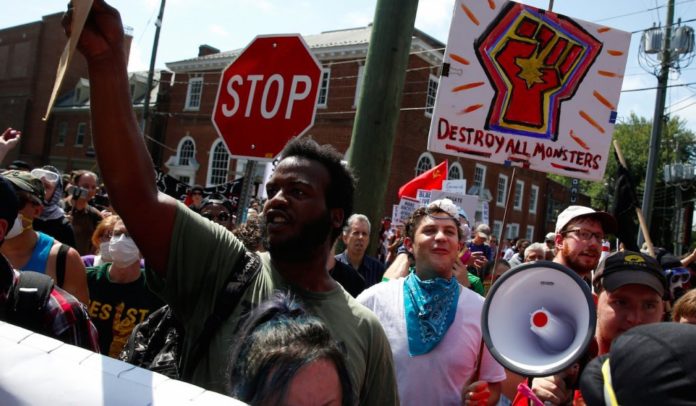 A guilty verdict rendered earlier this week for one of the six men who violently beat DeAndre Harris with a pipe during last year’s Charlottesville rally has potentially set the stage for more convictions.

Activists and advocates for 20-year-old Harris have been working to secure justice after the brutal attack on August 12. Six men, including 23-year-old Jacob Scott Goodwin who was found guilty, hit Harris with a metal pipe and wooden boards in a parking lot in a malicious assault. Harris was bloodied, suffered a spinal injury and broken arm, as well as had to get staples to his head after the videotaped beating.

Goodwin could serve 10 years, as per a jury recommendation, The Associated Press reported. But what about the other attackers?

There is a strong likelihood that more convictions will come against the other assailants in Harris’ case. Here’s why:

Activists Don’t Back Down

The track record of activists speaks volumes in telling the world that there will be no rest until justice comes for Harris. Justice in this case would mean that every attacker faces a jury and jail time. To that end, Harris’ advocates tracked down another attacker, Michael Alex Ramos, 33, of Georgia and appealed to the police to secure an arrest in October. Ramos is on trial for felony assault.

Video of the attack was widely circulated on social media in an effort to find the attackers. This helped lead to the arrest of Goodwin, Ramos and a third attacker, Daniel P. Borden, 18, of Ohio, in connection with the beating, The New York Timesreported.

Bogus Charges Against Harris Were Dropped

Assault charges were dropped against Harris in March, WHSV, a local news source in Virginia, reported.

More work, however, needs to be done as more attackers are at-large. National hopes for all attackers to be brought to trial are not dying, and law enforcement must continue to address what happened in Harris’ beating.