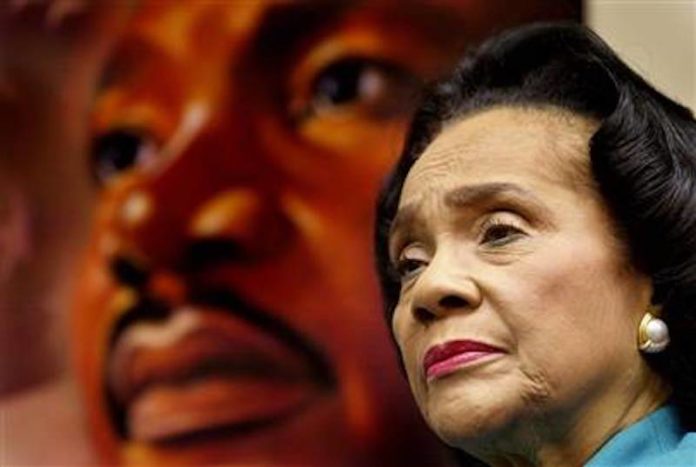 King, the widow of Martin Luther King Jr., wrote the scathing 10-page letter in 1986, when Sessions ― now President Donald Trump’s nominee for attorney general ― was being considered for a federal judgeship.

In it, King said Sessions “lacks the temperament, fairness, and judgement to be a federal judge” and has “used the awesome power of his office to chill the free exercise of the vote by black citizens.”

King argued that Sessions’ appointment “would irreparably damage the work of my husband.”

Warren attempted to read the letter on the Senate floor, but McConnell invoked the little-used Rule XIX, which says, “No Senator in debate shall, directly or indirectly, by any form of words impute to another Senator or to other Senators any conduct or motive unworthy or unbecoming a Senator.”

A few hours later, Sen. Jeff Merkley (D-Ore.) read portions of the same letter on the Senate floor without any interruption.

In the letter, King stressed that Sessions’ 1985 attempt to prosecute three civil rights activists for voter fraud proved baseless, and “raises serious questions about his commitment to the protections of the voting rights of all American citizens and consequently his fair and unbiased judgement regarding this fundamental right.”

“Based on his record, I believe his confirmation would have a devastating effect on not only the judicial system in Alabama, but also on the progress we have made everywhere toward fulfilling my husband’s dream that he envisioned over twenty years ago.”