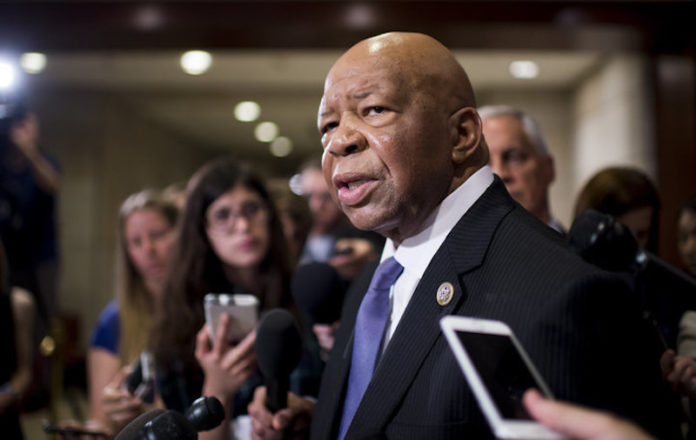 Rep. Elijah Cummings (D-Md.) said Sunday he wants every single note the White House has on President Donald Trump’s meeting with Russian officials in the Oval Office earlier this month.

In the past week, multiple damning reports have emerged regarding what was discussed during Trump’s May 10 meeting with Russian Foreign Minister Sergey Lavrov and Russian Ambassador to the U.S. Sergey Kislyak, which was closed to U.S. press. Lawmakers expressed frustration that they only learned of notes documenting what was said in the meeting from media reports, and struggled to catch up to one scandal before another surfaced.

“I want every note that they have,” Cummings, ranking member on the House Oversight Committee, said on ABC’s “This Week.” “There have been so many lies, so many contradictions. And I think documents will help us to ferret out exactly what’s the truth and what’s a lie.”

Cummings added that he hopes Oversight Chairman Jason Chaffetz (R-Utah) will “issue subpoenas so that we can get every document.” The clock is ticking for Chaffetz, who has announced he will resign at the end of June.

Chaffetz appeared alongside Cummings on Sunday, saying he doesn’t even know if there are documents on the president’s meeting, or if the memos that fired FBI Director James Comey reportedly kept on his conversations with Trump do indeed exist.

“I don’t know where they reside. I don’t know if there are documents,” Chaffetz said. “But we’re certainly pursuing them. And if they’re there, I hope we find them and get them sooner rather than later.”

Chaffetz added that he expects to speak with Comey on Monday. The former FBI director has agreed to testify before the Senate Intelligence Committee sometime after lawmakers’ weeklong break for Memorial Day.

After his interview with “This Week,” Cummings released a draft subpoena that he urged Chaffetz to sign and send to the White House.

“The White House is obstructing our investigation on the Oversight Committee, covering up for General Flynn, and refusing to produce a single document that Chairman Chaffetz and I asked for in a bipartisan letter two months ago,” Cummings said in a statement. “I have prepared a subpoena that the chairman could sign today. If he does not want to do that, we ask that he allow the committee members to vote on it.”