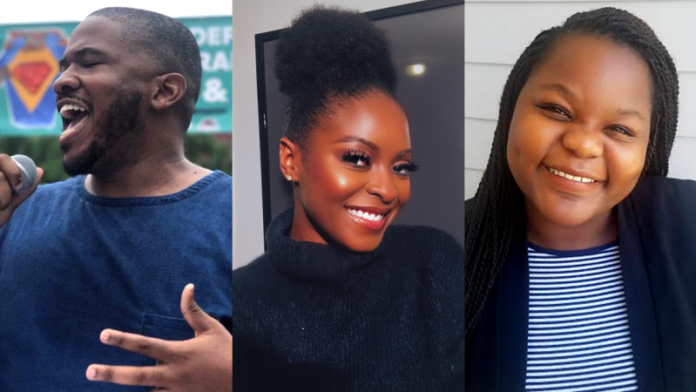 Most of the attention surrounding President Donald Trump’s decision to end a program protecting young undocumented immigrants in the U.S. from being deported has centered on Latinos. But the announcement to rescind the federal government’s Deferred Action for Childhood Arrivals (DACA) also threatened a separate demographic rarely mentioned in the popular immigration narrative: Black immigrants.

Of the roughly 11 million undocumented immigrants in America, just about 600,000 of them are Black, according to the most recent statistics by the Migration Policy Institute. That’s a close second to the nearly 800,000 undocumented Latino immigrants in the U.S.

The Trump administration started taking aim at the undocumented population just days after the president was inaugurated, with much of the media reports focused on federal agents subsequently rounding up Latinos to deport them. But it is important to note that Black immigrants were being “detained and deported at five times the rate of their presence in the undocumented immigrant community,” data from the Black Alliance for Just Immigration (BAJI) has shown.

“We, as undocumented people living in this country, feel jailed,” Shariece Wright, who is Black and arrived from the Bahamas in 1985 when she was just our years old, told NBCBLK. “We live in bubbles, like individual cells. However, we are expected to live and do everything as the rest of society. But how?”

Ainslya Charlton, a Black woman who was approved for DACA protections, shared her perspective on the process with The Atlantic last year.

“Many people do not realize that the immigration system is just as subject to anti-blackness as other government [systems] that are associated with enforcing structural racism,” Charlton said. “The deportation rate for undocumented black immigrants is because we are both Black and undocumented simultaneously.”

One of Trump’s signature campaign promises was to tighten and ramp up enforcement of immigration laws, but arguably the hallmark of his candidacy was the repeated vows to undo a number of former President Barack Obama’s achievements. By trying to end DACA, an Obama initiative created in 2012, Trump could effectively kill two birds with one stone.

After Attorney General Jeff Sessions announced “that the program known as DACA that was effectuated under the Obama Administration is being rescinded,” Obama quickly defended those who were at risk of being forced from the only country most of them have ever known.

“To target these young people is wrong – because they have done nothing wrong,” Trump’s predecessor wrote in a Facebook post Tuesday afternoon. “Whatever concerns or complaints Americans may have about immigration in general, we shouldn’t threaten the future of this group of young people who are here through no fault of their own, who pose no threat, who are not taking away anything from the rest of us.”

Trump clashes with Black reporter during coronavirus briefing: ‘Be nice’