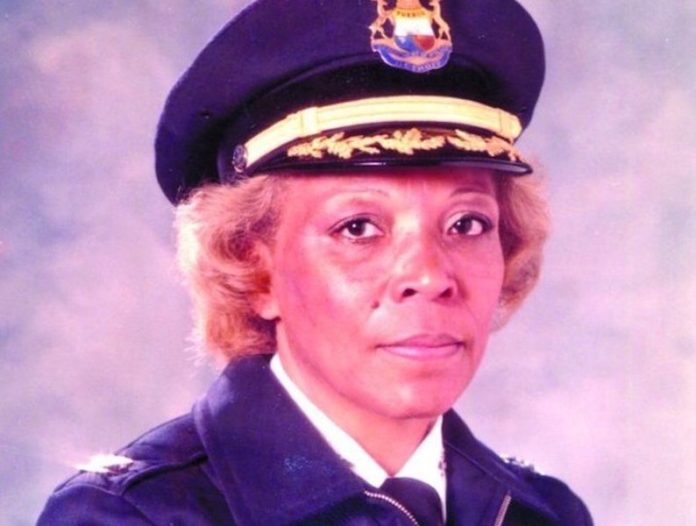 It has been 50 years since violence erupted on the streets of Detroit during the summer of 1967. That week of civil unrest goes by several names: the “12th Street Riots,” the “Uprising of 1967” or the “Detroit Rebellion of 1967.”

The anger of the black community, fueled by decades of social injustice, police brutality and institutional racism, finally burst at a blind pig on 12th Street and Clairmount. A film by Oscar-winning director Kathryn Bigelow, simply titled “Detroit,” chronicles the events that led to the shooting deaths of three black men at the Algiers Motel during the city’s unrest.

One woman, however, is not in a rush to remember that particular event. That’s because she was there.

Mary Jarrett Jackson, the first woman to serve as deputy police chief, has not seen the film and is not planning on it.

“I haven’t seen the movie. I choose not to,” Jackson, 86, told HuffPost. “The riots were a difficult time.”

Jackson was assigned to the Algiers Motel case that summer. She saw the bodies of 17-year-old Carl Cooper, 19-year-old Aubrey Pollard and 18-year-old Fred Temple, the three teens killed that horrifying night on Woodward Avenue in Detroit’s Virginia Park neighborhood.

“During the riots, I was still in the labs. I investigated cases that arose, like the Algiers Motel case,” said Jackson, who also served as the former Detroit police crime lab chief. “The way they brutalized those black men, I did the forensic work on that. There was lots of evidence, but they didn’t want that brought out.”

“I don’t want to necessarily revisit that,” she added.

Jackson joined the Detroit Police Department in 1958. She was coming up on 10 years inside the predominately white police force when the civil unrest began on July 23, 1967. Despite the racially charged environment, Jackson persisted.

″We didn’t have that many black police officers at the time … I know they made fun of me, but as I talk to them now, many of them, retired police officers, they say, ‘You did it by the book,’” Jackson said. She took pride in being tough, but fair.

Jackson experienced the racism that occurred within the Detroit Police Department firsthand: “They would come in the laboratory and say, ’How many n****rs did you kill today? Or beat up today?’”

She recalled the torture of the seven black men and two white women who were cruelly beaten by officers at the Algiers Motel that fateful evening.

“There were some white girls there, with the young men. They were willingly there. That upset the police,” Jackson said. “The officers divided those kids up and took them in different rooms, beat them up and did some awful things to their bodies by ramming things into their genitalia, up their anus.” Jackson worked as a forensic serologist, and was tasked with inspecting blood found at the crime scene. “When I went out there to do the lab work, it was awful to look at those kids beaten as they were, shot in the head,” she said. “It should have been prosecuted to the fullest extent of the law.”

The families of the three slain teens fought for years to obtain justice. To this day, they don’t believe they ever got it.

After five days of unrest, the violence ended with 43 people dead, more than 1,100 people injured and over 7,000 arrested, according to the Detroit Free Press. More than 2,500 businesses were destroyed.

But out of the ashes, new beginnings arose.

Several months after the unrest ended, a priest and a mother banded together to create what is known today as Focus: HOPE, a nonprofit organization that provides education and career training in the Detroit area. It was first founded to help address the causes of the civil unrest and prevent it from ever happening again.

“They’re still training kids out of there to this day,” Jackson said, touching on the early days of Focus: HOPE. “We had roundtable discussions, discussion groups and I was a part of it, so that we would never have a riot again. Now, we may not have had a riot again, but we certainly haven’t dealt with racism.”

Jackson said she’d like to remain hopeful, but does not feel the country has learned much from its past mistakes.

“We’re not dealing with racism in the country,” she said. “We smooth things over, hope everything is quiet and we act like it’s all good. If we talk to each other and we acknowledge that we could live together … that would be a good thing.”