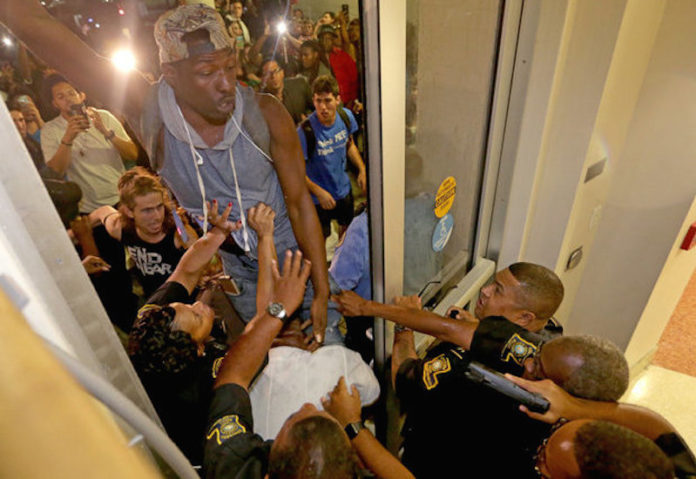 The white nationalist was among six candidates for U.S. Senate participating in a debate at the historically black college in New Orleans — their final showdown before the Nov. 8 primary. Debate sponsor Raycom Media had closed the venue to students, the general public, and the media.

“They’re allowing a terrorist, a neo-Nazi Ku Klux Klan member to be secured in a building in which we paid thousands of dollars to attend annually,” said political science major Brielle Kennedy, one of about 70 students reportedly involved in the protest. She was arrested moments later.

According to the Times Picayune, the arrests took place after a group of protesters lay down in front of the university’s main campus, blocking cars from leaving after the debate, . They were booked into New Orleans city jail on charges of obstructing traffic, Dillard spokesman David Grubb said Thursday.

While New Orleans Police Department officers were positioned near the doors of the debate hall, it was campus police officers who let loose with pepper spray and made the arrests as several protesters tried to move past officers and into the Georges Auditorium during the debate, the paper reported.