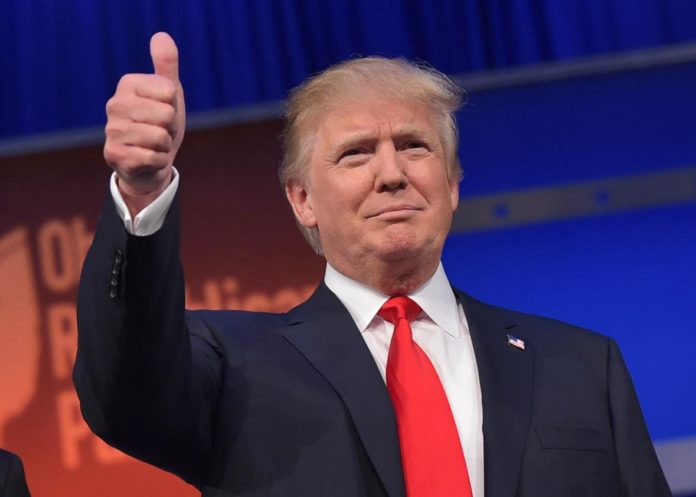 Donald Trump has become the 45th president of the United States, a historic victory for outsiders that represents a stunning repudiation of Washington’s political establishment.

The billionaire real estate magnate and former reality star needed an almost perfect run through the swing states — and he got it, winning Ohio, North Carolina and Florida.
The Republican swept to victory over Hillary Clinton in the ultimate triumph for a campaign that repeatedly shattered the conventions of politics to pull off a remarkable upset. Clinton conceded to Trump in the early hours of Wednesday morning.
Speaking at a victory party in New York, Trump was gracious toward Clinton and called for unity.
“We owe (Clinton) a very major debt of gratitude to her for her service to our country,” Trump said. “I say it is time for us to come together as one united people.”
He added: “I pledge to every citizen of our land that I will be president for all Americans.”
Trump won with 289 electoral votes compared to 218 for Clinton, according to CNN projections.
Trump’s supporters embraced his plainspoken style, assault on political correctness and vow to crush what he portrayed in the final days of his campaign as a corrupt, globalized elite — epitomized by the Clintons — that he claimed conspired to keep hard-working Americans down.
His winning coalition of largely white, working-class voters suggests a populace desperate for change and disillusioned with an entire generation of political leaders and the economic and political system itself.
Now, Trump faces the task of uniting a nation traumatized by the ugliest campaign in modern history and ripped apart by political divides exacerbated by his own explosive rhetoric — often along the most tender national fault lines such as race and gender.

Trump will be the first president to enter the White House with no political, diplomatic or military executive experience. His victory will send shockwaves around the world, given his sparse foreign policy knowledge, haziness over nuclear doctrine, vow to curtail Muslim immigration and disdain for US alliances that have been the bedrock of the post-World War II foreign policy.
His promises to renegotiate or dump trade deals such as NAFTA and to brand China a currency manipulator risk triggering immediate economic shocks around the globe.
Global markets already began tumbling late Tuesday.
Trump, 70, will be the oldest president ever sworn in for a first term and will take the helm of a nation left deeply divided by his scorched-earth campaign. His victory was built on fierce anger at the Washington establishment and political elites among his grass-roots voters, many of whom feel they are the victims of a globalized economy that has resulted in the loss of millions of jobs.
His victory ends Clinton’s crusade to become the first woman to ever rise to the nation’s highest office. It’s a humiliating chapter in the long political career of Clinton and her husband, former President Bill Clinton.
Find out more at CNN.com