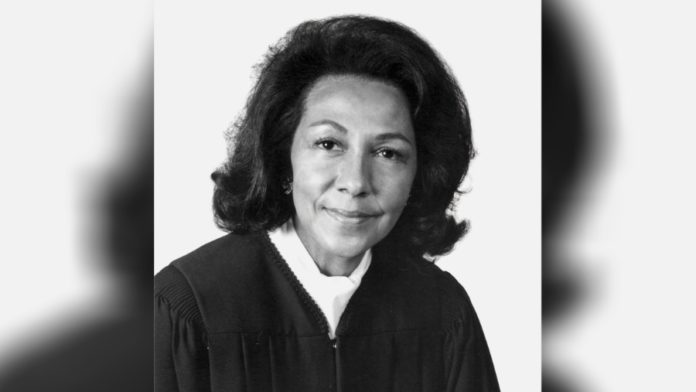 Family and friends are mourning the loss of a prominent Black woman who made political history in California over 50 years ago.

Vaino Spencer, who became the first African-American female judge in the state of California with an appointment to the Los Angeles municipal court in 1961, died in her sleep of natural causes at the age of 96 on October 25. Her family confirmed the news on Monday, according to Black America Web.

California Chief Justice Tani Cantil-Sakauye described Spencer as a trailblazer and pioneer in her field. “She was a pioneer for women on the bench and a pioneer for people of color on the bench in Los Angeles, statewide, and nationally,” Sakauye said in a statement. “She leaves a legacy as a jurist in her opinions and as a role model in the person she was.”

Spencer’s career spanned 46 years before she retired in 2007. She also founded the Black Women’s Lawyers Association of Los Angeles.