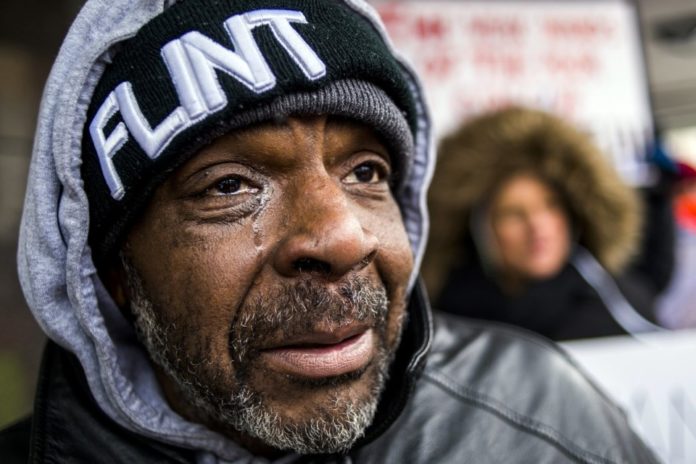 It’s been a bittersweet week for the people of Flint.

After the Republican-controlled House of Representatives moved late Wednesday to authorize up to $170 million in aid to address Flint’s ongoing water crisis, Michigan Gov. Rick Snyder and Flint Mayor Karen Weaver both applauded the congressional compromise that thwarted the threat of a federal government shutdown next week. Some members of Congress similarly patted themselves on the back.

But residents and activists in Flint who spoke with The Huffington Post were far less enthused by the news out of Washington.

Shariff is specifically concerned that the House version of the so-called Water Resources Development Act doesn’t contain enough funding, she said. It falls $50 million short of the Senate’s proposed $220 million in aid, and negotiations to address that disparity won’t take place until after the election.

“They’re incapable of dealing with a crisis on this level,” she said. “We’re looking to the federal government to act quickly and they have not acted quickly at all.”

Both the House and Senate versions of the bill passed this month; they were introduced in May and April, respectively ― two years after the city’s water troubles began and six months after they came to national attention.

In the meantime, Shariff pointed out, she and many Flint residents have been fully reliant on bottled water in their homes for cooking, bathing, washing dishes, brushing their teeth and, of course, drinking.

And at the same time, they’re being billed for water they consider to be poison — about $150 a month, in Shariff’s case.

Laura MacIntyre is in a similar position. The sociology lecturer at the University of Michigan-Flint was born and raised in Flint and lives there now with her family. They’ve been living on bottled water for three years, she said, and it’s taking its toll.

MacIntyre’s house is in rough shape. The dishwasher already broke, and the washing machine followed suit this week, filling up with “gunk and sediment” from the Flint water, which she says smells like eggs one day, sewage the next.

Dishes are being washed by hand with bottled water. Meals take hours to prepare and process, “unless you want to order pizza every night,” she added.

“Everything in our house that has been touched by the water is damaged, destroyed or non-operational,” MacIntyre continued.

Even worse, she said, is the effect it’s having on her family’s physical and psychological health. Although she said she and her family’s tests for lead exposure have come back negative, her family is getting rashes. Their hair is falling out and they are feeling defeated.

While MacIntyre is happy some aid will be heading the city’s way, she says it’s not enough to address the suffering its residents have endured.

“It’s exhausting and demoralizing,” she said. “Very little has changed over the past year for the residents. It’s too little, too late. They’re gambling with peoples’ lives and we’ve waited long enough. We have to take action now.”

Aid workers delivering supplies — like water and baby formula — for some of Flint’s most impoverished residents are also feeling demoralized, and this week’s news from Congress didn’t help.

Michael Hood is the co-director of Crossing Water, a humanitarian aid nonprofit based in Flint. He said he’s going to need a shoulder replacement surgery to ease the pain he’s experiencing from lugging countless jugs of water into the homes of Flint residents.

Hood said his phone was “blowing up” with calls from angry Flint residents on Thursday. He didn’t know what to tell them.

“This is a distressed and devastated community that has been waiting for more than two years. We have folks that haven’t had a hot bath or hot shower in two years. We have children getting baths in sinks with bottled water,” Hood told HuffPost. “There’s a limit to how much resilience you can have in something like this.

“It doesn’t seem like anyone with the power and authority to change this gives a damn.”

Hood said more than half of the homes that his organization’s aid workers visit do not have functioning water filters on their faucets. Getting clean water to their homes has been such a struggle that he says some residents have simply given up and, despite the risk, started drinking straight from the tap again.

For their part, Gov. Snyder and state health officials say Flint water still should be filtered before drinking to ensure safety.

In a statement provided to HuffPost, Tiffany Brown, a spokeswoman for the Michigan Department of Environmental Quality, said that 96 percent of Flint’s water customers have been verified as having filters and that a door-to-door effort shared by local, state and federal workers ensuring that residents have filters installed correctly and know how to maintain the filters is ongoing.

“We understand there may be trust issues, but we (the state) are working very hard every day, with all of our partners and the community, to rebuild trust through our actions in helping the residents of Flint recover,” Brown wrote.

There’s a long way to go toward rebuilding that trust. Many residents feel like they’ve been forgotten as the news cycle has moved on and that officials have downplayed their concerns.

As the one-year anniversary passes this week of Dr. Mona Hanna-Attisha’s lead report, which confirmed what Flint’s residents had been saying about their water for years, the fallout has continued ― and, in some cases, gotten worse.

Hood believes that because the crisis is playing out in buried pipes invisible from street level, it is being overlooked and disregarded.

“People are living out this quiet desperation inside their homes and inside their heads. The pipes are destroyed under the ground and you can’t see it,” Hood added. “This is how you destroy a city, a culture and a society.”

According to the Centers for Disease Control and Prevention, no level of lead exposure is safe.

While Flint has already allocated $27 million to fully replace lead service lines in the city — the only way to ensure the water is safe to drink from the tap without a filter — a new report out this week from University of Michigan researchers shows the lead lines are more widespread than city records initially indicated. That means the designated funding will likely only fix a portion of the problem.

Trouble with Flint’s water began in April 2014 when the city switched the source of its drinking water from Detroit’s water system to the polluted, and highly corrosive, Flint River. Residents immediately complained about the change in the quality of their water, but the state — which appointed the emergency manager of Flint prior to the controversial switch — did not admit the water was a problem until last September. 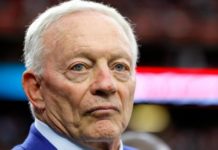