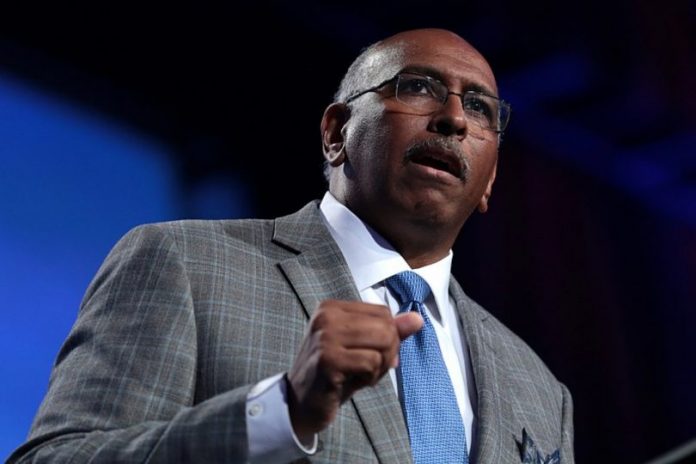 Michael Steele, the former chair of the Republican National Committee, on Friday accused the RNC of hypocrisy after it emerged it had spent $94,800 on bulk-buying thousands of copies of Donald Trump Jr.’s new book “Triggered.”

“Of course it was the RNC. SOBs,” Steele said on MSNBC. “Oh, my God.”REAL LIFE. REAL NEWS. REAL VOICES.Help us tell more of the stories that matter from voices that too often remain unheard.Subscribe Now

“Look, let me just tell you how screwed up this is,” he continued, noting how before he became chair in 2009, critics said he was trying to profit off the RNC via his book on how the Republican Party could regroup after the 2008 election loss.

It’s unclear exactly how many copies of the book were bought up by the RNC, which offered signed editions to donors who contributed $50 or more.

The money the RNC used to buy the books had come from “moms and dads, grandpas and grandmas, who write a check for $50, $100 to the RNC to help elect candidates, not to go out and buy some dumb-behind book that nobody’s going to read,” he said.

“It’s not just the books, folks, it’s everything else. It’s legal fees, it’s trips, it’s all kinds of expenses that the RNC is taking on, spending donor money to take care of the business of the Trump family and its organization,” Steele added. “I don’t want to hear the whining from the members anymore about where the money’s going and why candidates [who] are running for county council and mayor in local races aren’t getting cash.”

Reince Priebus succeeded Steele as the RNC chair in 2011. Ronna McDaniel took over the role in 2017.

The ascent of Trump Jr.’s book to the top of The New York Times best-seller list prompted some skeptics to suggest it was solely due to the RNC bulk-buy.

But CNN Business reported Friday, citing book publishing industry experts, that “it’s very unlikely that the purchase by the RNC … played a significant role in the book’s No. 1 debut, much less that it was the deciding factor” as it appeared to have outsold the second book on the list even without it.