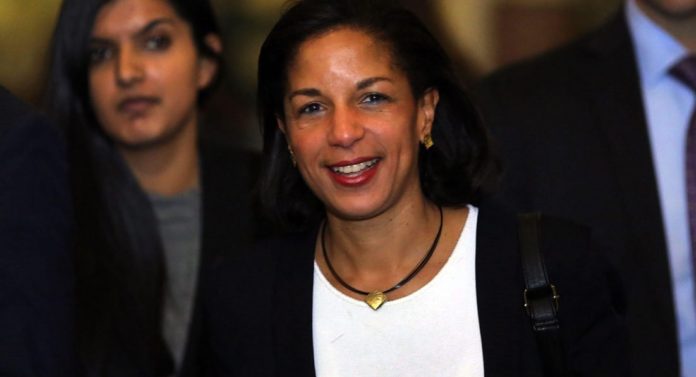 President Obama‘s former national security adviser and U.S. Ambassador Susan Rice, has transitioned from the hard-knock world of politics to the land of movie make believe. Rice is set to join the Netflix board of directors and is currently in negotiations to create a series with the company

According to Fox News, the company made the announcement on Wednesday with  Netflix co-founder and CEO Reed Hastings praising her prior work on intelligence issues for the Obama administration.

“We are delighted to welcome Ambassador Rice to the Netflix board,” Hastings said in a statement. “For decades, she has tackled difficult, complex global issues with intelligence, integrity and insight and we look forward to benefiting from her experience and wisdom.”

The New York Times first reported earlier this month that Rice may not be alone in her role. Apparently the former president may also be in talks for “exclusive content” in a Netflix deal that would include former First Lady Michelle Obama.

Excited About The Venture

Rice, 53, said she was “thrilled” to be joining the Board.

“I am thrilled to be joining the board of directors of Netflix, a cutting-edge company whose leadership, high-quality productions, and unique culture I deeply admire,” she said in a statement.

Rice has been in the news lately for other reasons. Last month, two senators disclosed that she allegedly sent an “unusual email” to herself the day Trump was sworn in to office, documenting then-President Obama’s guidance at a high-level meeting about how law enforcement should investigate Russian interference in the 2016 presidential race.

Republican Sen. Lindsey Graham told Fox News at the time it was “odd and disturbing.” While an attorney for Rice said there was nothing unusual about the note.

Netflix could be the perfect and most powerful platform to sort all of this out. Perhaps then some of these issues will be addressed once and for all.