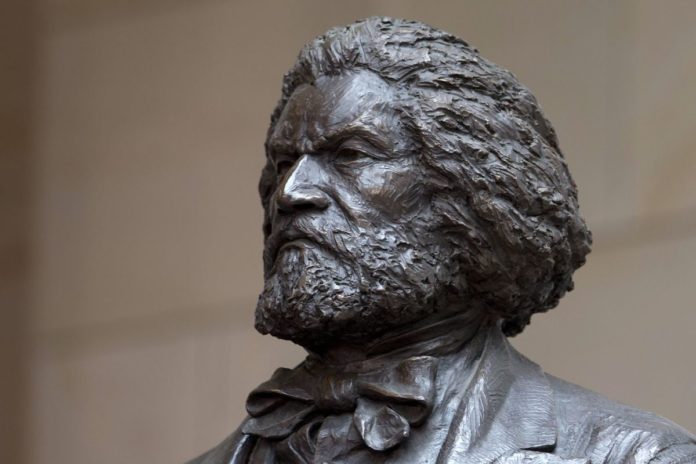 Frederick Douglass, the abolitionist who escaped slavery and later served as a statesman and civil rights leader, graces the back of a quarter that the U.S. Mint recently released into circulation.

The image depicts Douglass seated at a writing desk with his historic Washington, D.C. home, Cedar Hill, in the background. The home, now preserved as the Frederick Douglass National Historic Site, is in the Anacostia neighborhood. The inscriptions on the Douglass side of the coin read: “Frederick Douglass,” “District of Columbia,” “2017” and “E Pluribus Unum.” The reverse side of the coin shows the standard 1932 portrait of George Washington.

Born a slave in Maryland, Douglass taught himself how to read and write before running away from a plantation in 1838. He went on to lead the national abolitionist movement, to found the abolitionist newspaper The North Star, and to become the first African-American man nominated for vice president. He was also an author and advocated for women’s rights.

“Even at a young age, Frederick Douglass realized the value of literacy and the power of knowledge,” David Motl, acting principal deputy director of the U.S. Mint, said in a statement. “This new coin honors one of the most influential African-American leaders of the 19th century, whose brilliant words will continue to inspire us for generations to come.”

The U.S. Mint released the quarter into circulation on April 3. It is part of the Mint’s America the Beautiful Quarters Program, which honors 56 national parks and other national sites. The Douglass quarter represents the 37th coin in the program.

The quarter is the Treasury Department’s latest effort to highlight Black individuals on U.S. currency. The Mint released a commemorative gold coin earlier this year depicting Lady Liberty as a Black woman. In 2020, it plans to feature a portrait of Harriet Tubman on a revamped $20 bill. 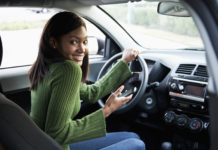 Simone Biles claps back after being called a bad role model