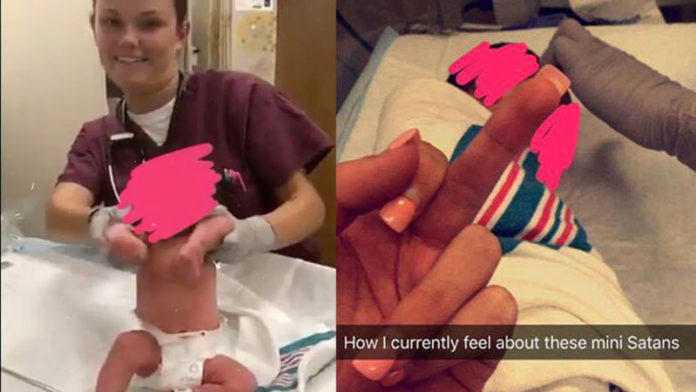 Two naval junior corpsmen were fired from a hospital after posting images and video of themselves playing with black babies, making them “dance” and insulting the newborns on Snapchat because … I mean … some people are just evil.

According to News4Jax in Jacksonville, Fla., Facebook user Denisa Shellito originally discovered the pictures on Snapchat and posted them on her Facebook page, saying:

A girl I went to high school with is a navy nurse and this is how her and her shitty friend treat the babies that have just been born. My blood is literally boiling and I want to snitch bc that is someone’s child. The first pic is her friend who is making the baby dance and she’s playing rap music in the background. I’m LIVID and I’m snitching bc she should get fired from her job but idk how to go about it. Pissed isn’t even the words.

The two women, identified by WGCL-TV as Allyson Thompson and Joanie Barrett, posted a Snapchat video of themselves shaking the babies as if the infants were dancing to 50 Cents’ “In Da Club.” Another picture shows the woman holding up her middle finger at the child with the caption, “How I feel about these mini Satans.”

Naval Hospital Jacksonville quickly moved to fire the women and bring legal action against the two dingleberries of the devil, according to the hospital’s Facebook page.

It has come to my attention that members of the Navy Medicine team posted highly offensive photos and videos on their personal social media pages involving newborns at our naval hospitals. This content was then shared on various platforms and has been viewed by hundreds of thousands of individuals.

Faison went on to say:

Further, all commanding officers will be tasked to ensure no additional patient photos exist on social media and to take immediate action to remove such content. We are committed to working closely with ongoing investigations to ensure we have the facts and take appropriate action. I have also implemented an immediate prohibition of all personal cell phones in patient care areas until further notice. 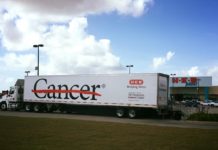 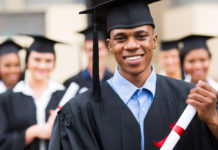