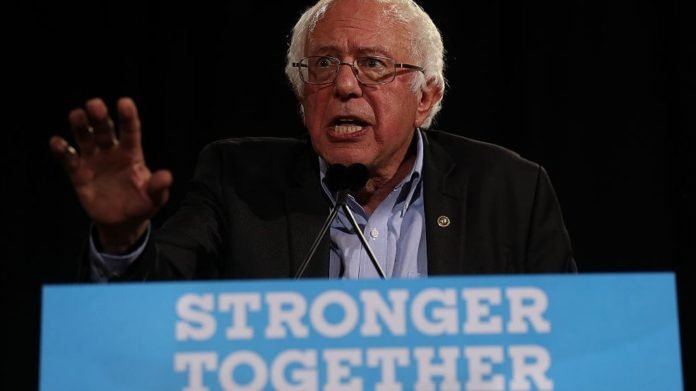 Presidential hopeful Bernie Sanders‘ plan to eliminate $1.6 trillion in student loan debt could make its biggest impact with Black students and alumni, who have some of the highest rates of debt and default.

Announced on Monday, the plan that would offer financial relief to 45 million Americans, was also proposed by Reps. Pramila Jayapal, Ilhan Omar and Alexandria Ocasio-Cortez, hopes to tax Wall Street at 0.5 percent on all trades, fees on bonds and derivatives. Sanders claimed this tax could raise $2.4 trillion over 10 years.

“We are entering a proposal which will allow every person in this country to get all of the education that they need to live out their dreams because they are Americans,” Sanders said during a press conference.

Prior to Sanders’ announcement, Elizabeth Warren, who is also a 2020 presidential hopeful, has rolled out her own plan to tackle the student debt problem by capping debt forgiveness at $50,000 for those who make less than $100,000 per year. She would also prohibit forgiveness to households that make more than $250,000.

Though Sanders and Warren’s plans differ in major ways, they both have the potential to offer relief to borrowers, especially Black ones. According to the New York Times, recent Black graduates of 4-year-universities owe an average of $7,400 more than their white peers and 4 years after graduation they still owe an average of $53,000, which is twice as much as whites. The Wall Street Journal also found that students at HBCUs are more likely to take out loans than other students, partially due to the wealth gap, which can prevent Black parents from being able to afford to pay for their children’s education.

In a 2018 study released by the American Association of University Women (AAUW), it was determined that Black women have the highest student loan debt. According to the study, Black women graduate with an average of $30,400 in debt while white students graduate with an average of $22,000. The AAUW blamed the gender pay gap as a factor for the disparity noting that Black women make $0.63 for every dollar earned by white men, compared with $0.79 for white women.

One of the suggestions AAUW made to begin to close the gap is to protect loan forgiveness programs, but those programs along with other regulations have been in jeopardy under Donald Trump. The New York Times reported that the Trump administration has rolled back on Obama-era regulations that protect student borrowers. In 2018, he had even proposed a budget that would have completely eliminated the student loan forgiveness program for public service workers, but Congress did not pass it.