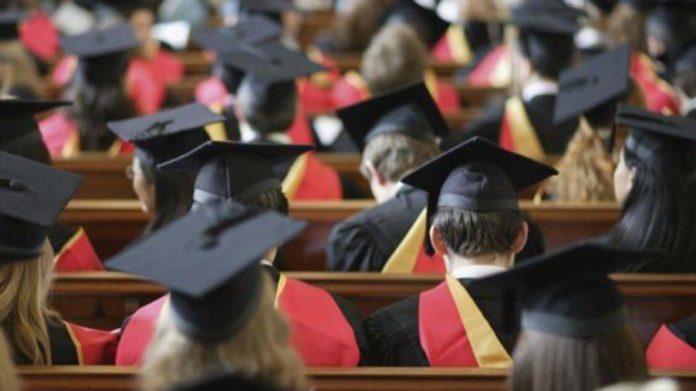 A Black woman last week filed a federal lawsuit against a Mississippi school district for naming a white male student as the salutatorian of their school, although his grade-point-average was lower than hers.

According to the Washington Post, Olecia James claims that school officials at her new school, Cleveland Central High, said her GPA would be lowered because she lost “quality points” from classes taken at her old school. The lawsuit was filed in the lawsuit filed in the Mississippi Northern District.

James previously attended a historically Black school, East Side High School, but began attending Cleveland Central High when a federal judge in 2017 ruled to desegregate the Mississippi’s Cleveland School District, after deciding that the district was “operating an illegal dual system for black and white children.” East Side High School combined with a historically white school.

The suit alleges that officials said that her average of 4.41 would be restored, but unfortunately, they still named the white student with a 4.34 average salutatorian of the graduating class.

The suit says James claims she  “suffered loss of scholarships” and “humiliation.” The suit is seeking monetary damages, a change in school policy and a declaration that James is salutatorian.

“The defendants… in their angst to prevent white flight, named W.M., a white male student, as salutatorian of the inaugural class of Cleveland Central High School in 2018, a position he had not earned, and in doing so, discriminated against Olecia James, a Black female who had earned the position,” the suit said.

James, 18, said she lost a scholarship to attend the University of Mississippi that was designated for salutatorians because of the “quality point” modification. She now attends Alcorn State University, studying mass communications.