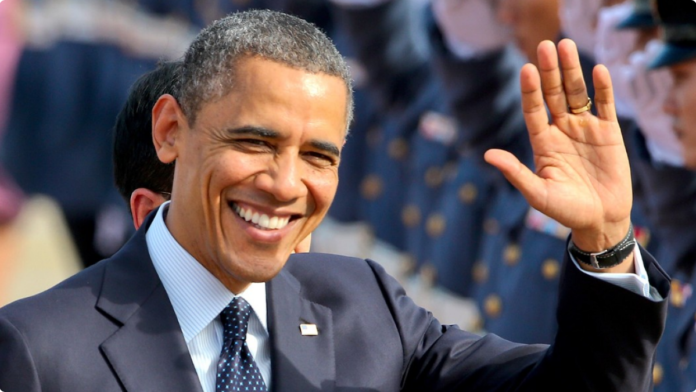 Get ready to ease on down the road to Obama Boulevard now that the Los Angeles City Council voted to rename Rodeo Road after our 44th President.

“We’re thrilled that Angelenos and visitors will forever be reminded of the legacy of President @BarackObama when traveling across L.A.,” he said in the tweet.

The renaming of the street after former President Barack Obama was first proposed back in 2017 by City Council President Herb Wesson.

When Obama was running for President, it was on Rodeo Road at Rancho Cienega Park that he once campaigned along the 3.5-mile street that runs from the Culver City border east to Mid-City, according to ABC23.

But don’t confuse the street with the more famous Rodeo Drive in Beverly Hills which is home to some upscale and very posh boutiques.This has been a pretty celebratory summer for President Obama.

On August 4th, he turned 57 years old today and kicked off his birthday week turning up and showing out at a Beyoncé and Jay-Z concert, along with his wife, former First Lady Michelle Obama.

He capped things off by marking the first Barack Obama Day on Saturday, as the legislature in his former home state of Illinois passed a law last year to designate August 4 as a commemorative holiday.

Last year, a resolution to honor Obama by state Sen. Anthony Portantino (D-La Cañada Flintridge) was passed. It would rename a portion of the 134 Freeway after him. A Richmond Virginia elementary school will also amend its name from a Confederate general to the name of  the nation’s first Black President. And the Richmond school board voted to rename the J.E.B. Stuart Elementary as Barack Obama Elementary School.

There’s also been a number of schools renamed after Obama in California as well.