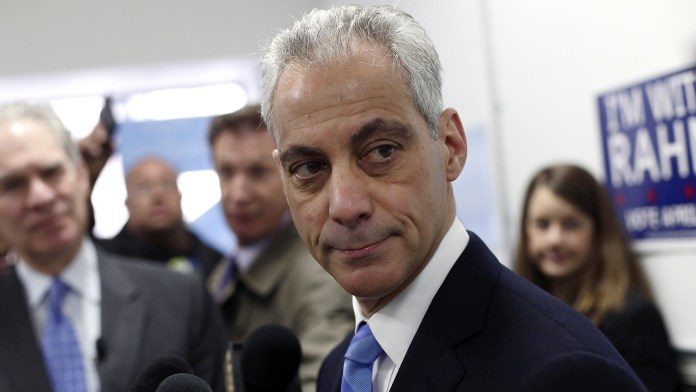 “I believe that black people are being pushed out of Chicago intentionally by a strategy that involves disinvestment in communities being implemented by the city administration, and I believe Rahm Emanuel is the head of the city administration and therefore needs to be held responsible for those outcomes,” Kennedy said during a news conference

“This is involuntary. That we’re cutting off funding for schools, cutting off funding for police, allowing people to be forced to live in fooddeserts, closing hospitals, closing access to mental health facilities. What choice do people have but to move, to leave?” Kennedy added. “And I think that’s part of a strategic gentrification plan being implemented by the city of Chicago to push people of color out of the city. The city is becoming smaller, and as it becomes smaller, it’s become whiter.”

Kennedy’s remarks came during a press conference about gun violence as part of his attempted outreach to the African-American community. He has also campaigned on fairer educational opportunities and property taxes in Black neighborhoods.

In responding to Kennedy’s accusations, Emanuel likened him to Donald Trump and current Governor Bruce Rauner.

“It’s sad to see Chris Kennedy joining President Trump and Gov. Rauner in using cynical, politically motivated attacks about Chicago’s communities for his own personal gain,” Emanuel spokesman Matt McGrath said in a statement. “His divisive comments today are a direct assault on one of this city’s greatest strengths — our diversity.”

McGrath also accused Kennedy of having “ignored work being done in neighborhoods across the city” to “improve the quality of life for everyone who calls Chicago home.”