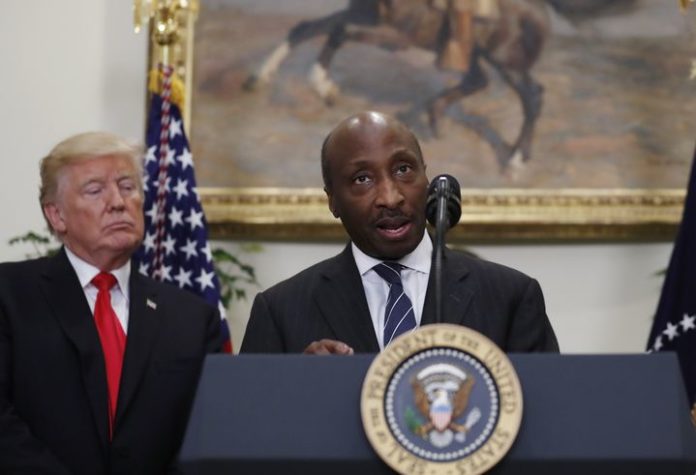 The president on Monday attacked an African American CEO for his stand against racism before attacking the white supremacists involved in the violence that took place in Charlottesville.

White supremacists and neo-Nazis attended a white nationalist rally to protest the removal of a statue of Confederate Gen. Robert E. Lee, but violence erupted and counter-protesters were beaten and bloodied, and one female counter-protester and two police officers were killed when a car driven by one of the far right protesters plowed into a crowd.

Trump drew rebuke from both the left and the right for stressing that “many sides” were responsible for the violence, and not calling out the white supremacists directly.

In announcing his resignation, Frazier tweeted: “America’s leaders must honor our fundamental views by clearly rejecting expressions of hatred, bigotry and group supremacy, which run counter to the American ideal that all people are created equal.”

Now that Ken Frazier of Merck Pharma has resigned from President's Manufacturing Council,he will have more time to LOWER RIPOFF DRUG PRICES!