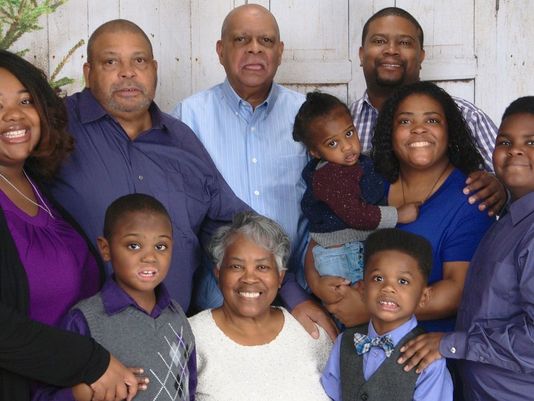 An African-American woman who lost nine family members when a tourist boat sank on a Missouri lake in July expressed hope Thursday after learning the captain of the ship had been indicted. Tia Coleman’s husband, three young children and five other family members were among the 17 people killed when a duck boat sank when waves flooded the craft during a storm in Branson.

The charges brought by the U.S. Attorney’s Office against Kenneth Scott McKee included 17 counts of misconduct, negligence or inattention to duty by a ship’s officer resulting in death, the Associated Press reported.

Entertainment, News and Lifestyle for Black America. News told by us for us.
Black America’s #1 News Source: Our News. Our Voice.

“While nothing can ever ease the grief in my heart, I am grateful that the U.S. Attorney’s Office is fighting for justice for my family, and the other victims, and is committed to holding fully accountable all those responsible for this tragedy,” said Coleman, who was visiting from Indiana and was among just 14 survivors.

McKee’s negligence included failing to tell passengers to put on personal floatation devices and not increasing his speed right away to reach land, the indictment said. He also blocked the exits by allowing the boat’s plastic side curtains to be lowered.

But his alleged ineptitude didn’t stop there. McKee apparently violated his vessel’s Coast Guard certificate of inspection rules that barred him from sailing the duck boat when winds exceed 35 mph and/or waves exceed 2 feet.

Coleman was one of several plaintiffs who filed lawsuits on behalf of the victims and survivors. They were suing Ripley Entertainment, the company that operated the boats, as well as other companies involved in manufacturing and operating the vessels.