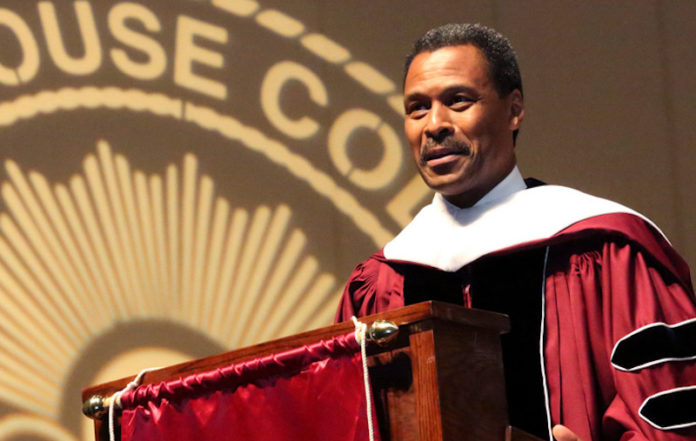 Morehouse College is now refuting claims that its president has been fired.

On Monday, HBCU Digest reported that John S. Wilson had been fired as the president and that William Taggart would instead be placed in charge of day-to-day operations for the college.

“Dr. Wilson is still the president of Morehouse College,” Aileen Dodd, a spokeswoman for the college, told The Atlanta Journal-Constitution Tuesday morning. “The report is erroneous.”

The report was based on a letter allegedly written by Robert Davidson, chairman of the college’s Board of Trustees stating that Taggart would oversee “day-to-day leadership responsibilities for the college.” However, HBCU Digest has since published a letter written by Wilson assuring students that he is still president of the college.