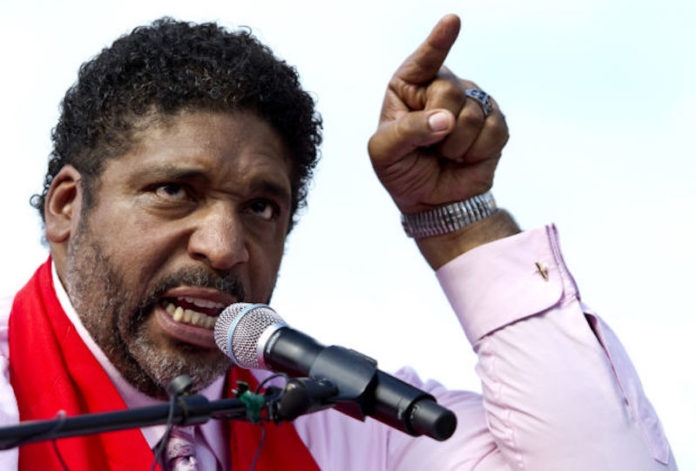 The Rev. William Barber II, president of the North Carolina NAACP and leader of a movement in that state to overturn voter identification laws, told publishers of the National Newspaper Publishers Association (NNPA) to fight President Donald Trump’s policies.

The NNPA held its Mid-Winter Training Conference in Fort Lauderdale, Fla., from Jan. 25-28. Barber is the pastor of Greenleaf Christian Churches, Disciples of Christ in Goldsboro, N.C., and the architect of the Forward Together Moral Movement that protests the conservative policies of the North Carolina General Assembly.

He told the publishers that being subservient to Trump’s agenda is unacceptable.

“Bowing down is not an option,” Barber said in a speech. “We have a deep moral deficiency in our democracy. We need to have a focus on morality and values.”

He encouraged the publishers to write stories about the connection of White evangelism and racism in the country.

“Some of our folks are sending money to White evangelists,” who, he said, are promoting an anti-Black, anti-immigration and anti-gay agenda.  Barber added, “They are not promoting policies of Jesus but the empire.”

The minister went on to say that the election of a Trump isn’t anything new but is “as American as apple pie.” Barber cited how after the Civil War poor White and Blacks in the South worked together to create public education systems and universities but how that was taken away when Rutherford B. Hayes was declared president of the 1876 election even though he didn’t win the popular vote.

“There are those who don’t want Black, White and Brown to find commonality,” he said.

Barber also talked about the “Southern Strategy” used by Richard Nixon to win the White House in 1968 and how Ronald Reagan in 1980 “perfected” the strategy using code words.

“Ronald Reagan never used the ‘n’ word but he talked about a strapping buck and [a welfare queen],” Barber said.

In his closing, he urged the publishers to get to work exposing the racist practices and rhetoric of the Trump administration.

“Trump is not qualified to be president,” he said. “But if we don’t write about it we won’t, as a nation, get healed.”