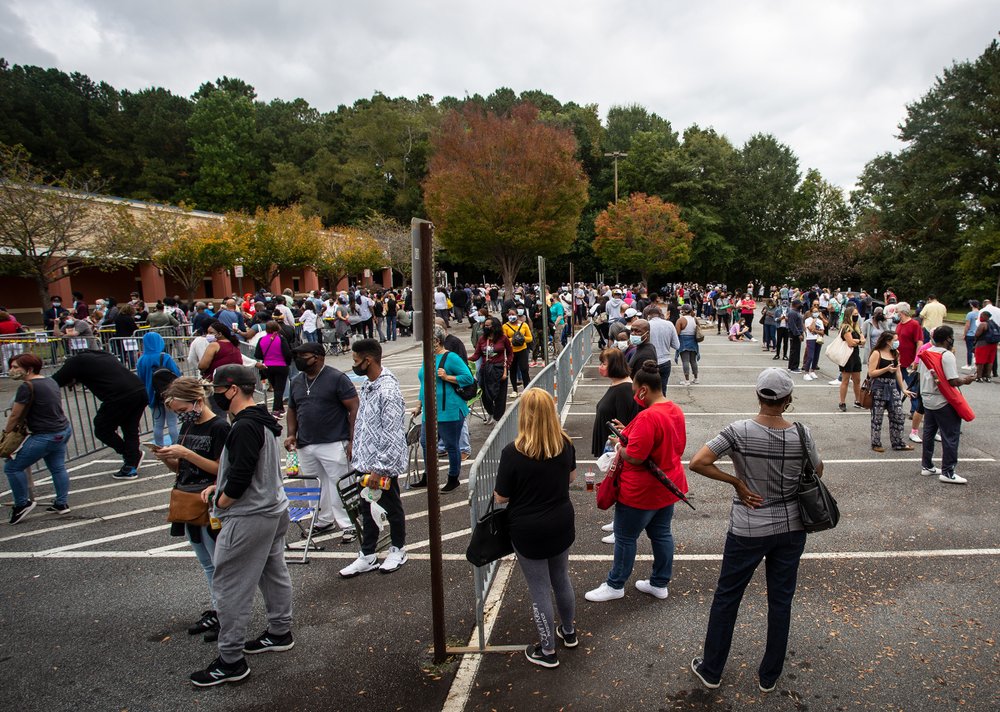 ACA’s historic “Roll-to-the-Polls” campaign has seen an outstanding response during its first week and participation continues to grow as Election Day gets closer.  The demand in the Houston area has been so large that rides has been extended Montgomery, Fort Bend, Waller, Jefferson counties.

More than 25,000 voters in the Houston and the Atlanta region have been safely transported to the polls by NACA’s fleet of more than 150 fifteen-seat vans. People have been calling 888-495-6222 or going to the NACA website (www.naca.com) days in advance to make sure they can secure a ride. In fact, many have already scheduled their ride up through Election Day, November 3rd.  Response has been so strong that additional vans have been added to the original 50 in the Houston fleet, based at Greenhouse International Church on Greens Rd. in Houston.

NACA and Greenhouse International Church have joined together to create the largest coordinated effort ever in Houston to ensure that many thousands of Houston area voters now have the opportunity to exercise their right to vote and have their voices heard.

“Our first ten days have gone extremely well. Our ridership is growing daily, and we anticipate that trend to continue all the way through Election Day”, according to NACA CEO Bruce Marks. “We are seeing greater demand in areas where public transportation has not been readily available. Large numbers of seniors are also asking for rides after hearing that each van is thoroughly sanitized after each run.  PPE is provided including masks, gloves and sanitizing materials and the number of passengers is limited on each run to enforce social distancing even while on board.”

Rides are available from 8:00 am until the polls close each day through the end of Early Voting on October 30 and again on Election Day, November 3rd.